US is “working to clarify” Turkey’s position regarding Sweden & Finland’s prospect of joining the North Atlantic Treaty Organization, the White House said. 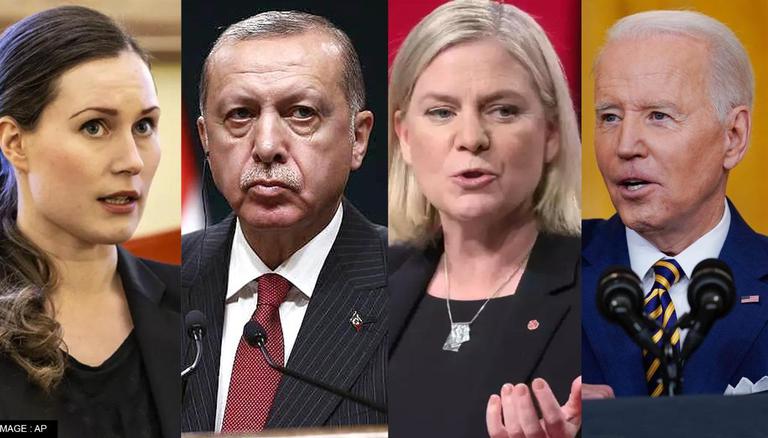 US Department of Defence (Pentagon) spokesperson John Kirby also echoed similar remarks and said the United States is working to “better understand” Ankara’s stance over Finland and Sweden joining NATO. Kirby said, “Turkey is a valued NATO ally; that has not changed. They have been involved and helpful in trying to get dialogue going between Russia and Ukraine, and they have provided assistance to Ukraine. So nothing changes about their standing in the NATO alliance”.

Kirby and Psaki’s remarks came after Turkish President Recep Tayyip Erdogan told reporters on Friday that his government does not have a “favourable opinion” about the two countries joining the alliance and said that they shelter “terrorist organisations”.

“We are following developments concerning Sweden and Finland, but we are not of a favourable opinion,” Erdogan said, as per AP.

Sweden and Finland move to join NATO amid Russia-Ukraine war

It is to note here that Turkey has long accused the Nordic nations, especially Sweden, which has a strong Turkish immigrant community, of sheltering extremist Kurdish groups as well as supporters of Fethullah Gulen. Fethullah Gulen is a United states-based preacher who is wanted over the failed coup of 2016.

READ | Russia may cut gas supplies to Finland over its decision to join NATO: Report

Sweden and Finland are ramping up efforts to join NATO come in the backdrop of Russia announcing a “special” military operation in Ukraine on February 24. The Kremlin's aggression in Ukraine has swung political and public opinion in Finland and Sweden in favour of membership as a deterrent against Russia.

While further explaining his position, Erdogan had also said that Turkey did not wish to make the similar mistake that they had made while agreeing to readmit Greece into NATO’s military wing. According to the Turkish President, the decision regarding Greece resulted in Athens having an “attitude” against Ankara with NATO’s backing. Turkey’s opposition came following the Finnish leaders on Thursday, May 13, who expressed readiness to apply for NATO membership.