Zelenskyy on Friday stated that there will come a day when "Russian terror" will no longer be feared for which Ukraine needs to fight. Read on 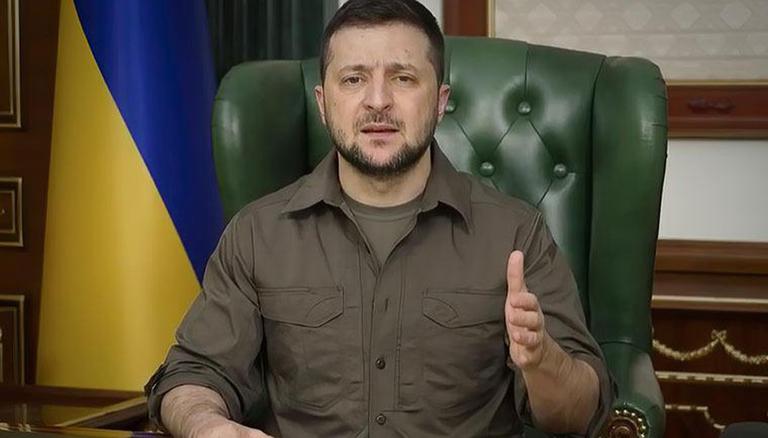 
As Russia continues to strike cities in Ukraine, Ukrainian President Volodymyr Zelenskyy on Friday stated that there will come a day when "Russian terror" will no longer be feared for which Ukraine needs to fight. Addressing his countrymen during the usual nightly briefing, the embattled President slammed the attack of Russian forces on Vinnytsia. He further informed that the identification of perpetrators in the attack "has already begun."

"We will dome to the day when Russian terror will become impossible, but for this, we will still need to fight," Zelenskyy said during his address.

At least 23 people were killed on Thursday after Russia pounded the city of Vinnytsia. About 200 people have applied for medical help, four out of whom have sustained life-threatening injuries, Zelenskyy said, citing Ukraine's Ministry of Internal Affair. Meanwhile, 4 citizens are currently reported missing. "There are no such words in normal human language that can describe the state to which the Russian state has degraded. It is a double crime – to destroy particularly pedagogical institutes so that there is no educational institution, and new educators cannot be trained..." Zelenskyy said.

Previously in June, Zelenskyy had accused his Russian counterpart Vladimir Putin of becoming a "terrorist" and running a "terrorist state", calling him out on the atrocities committed in Ukraine. He also urged the UN to establish an international tribunal to investigate Russia's actions in Ukraine.

Noting the announcement of the European Union's (EU) seventh package of sanctions against Russia, the President of the war-ravaged country asserted that the Ukrainian diplomats "will do everything to strengthen" the proposed penalties. Zelenskyy hailed American President Joe Biden's administration for the $3 billion in assistance that was transferred to the Ukrainian budget in the last two weeks. "This enables us to ensure the current social needs of Ukrainians today," Zelenskyy told his countrymen.

US House approves $100mn in defence budget for Ukraine

US House of Representatives on July 15th authorised amendment of the 2023-24 defence budget to include $100 million aid for Ukraine. The assistance, as revealed by the Ukrainian President's office, Andriy Yermak, will reportedly be used to train Ukrainian pilots in F-15 and F-16 fighter jets. The allotment came under the National Defence Authorisation Act. The law is yet to be passed by the US Senate and then by Biden for being implemented.