After the bombing of the Svyatogorsk church, Ukraine's president Zelenskyy has called on UNESCO to expel Russia from the organisation for targeting monuments 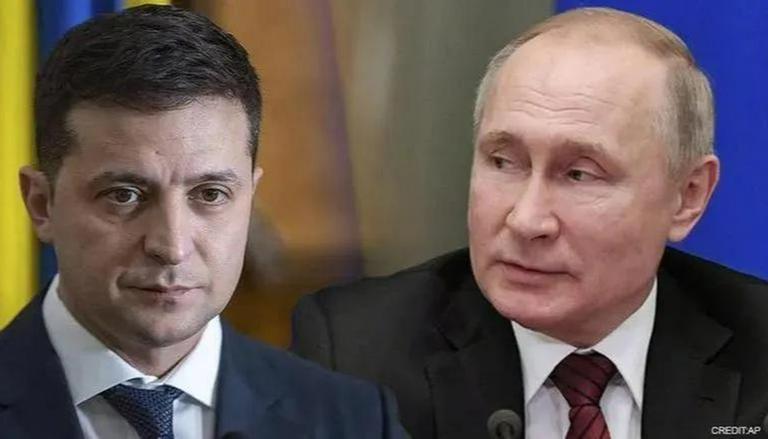 
After the bombing of the Svyatogorsk Lavra church, Ukraine's president has called on UNESCO to expel Russia from the organisation. According to Ukrainian President Volodymyr Zelenskyy, a centuries-old monastery in Ukraine has been destroyed by Russian artillery firing. The Svyatogorsk Lavra's All Saints Monastery was set ablaze on June 4 after a series of heavy bombardments by invading Russian forces.

It is worth noting here that the Svyatogorsk Lavra church dates back to the 1500s and this is the second time Russian troops have shelled it. The monastery is a religious institution protected by the Moscow Patriarchate, which has remained loyal to Russian President Vladimir Putin. The monastery, which is located in Ukraine's Donetsk area, is primarily comprised of wooden structure and has been standing since the 16th century. On June 4, Zelenskyy shared a video of the burning sacred place on social media messaging app, Telegram.

He wrote, "Ukrainian diplomacy is working on this. No state, except Russia, has destroyed so many monuments, cultural and social objects in Europe since the Second World War. Every church burned by Russia in Ukraine, every school blown up, every destroyed memorial proves that Russia has no place in UNESCO."

The fire is expected to aggravate ecumenical tensions between Ukraine and Russia. The continuous invasion has prompted Orthodox bishops to secede from the Moscow patriarchate and establish autocephalous episcopal sees. In what experts term a "major blow to Putin," the Ukrainian Orthodox Church (UOC) has formally split itself from Moscow Patriarch Kirill, a key ally of Russian President Vladimir Putin, amid Moscow's invasion of Ukraine.

Over 100 Ukrainian churches had rejected the UOC in favour of the Kyiv-based Orthodox Church of Ukraine (OCU), which had split from Moscow in 2019. Nonetheless, the UOC declared "complete independence" from Moscow on June 3. "We fully understand how the Ukrainian Orthodox Church is suffering today," the Russian Orthodox Church's leader declared in central Moscow's Cathedral of Christ the Savior. He, however, warned that "spirits of malice" were plotting to separate the Orthodox people of Russia and Ukraine, but vowed that they would fail.