Ukrainian President Volodymyr Zelenskyy declared that a “historic week” began on Monday, June 20 as the war-torn nation would hear the answer from the EU. 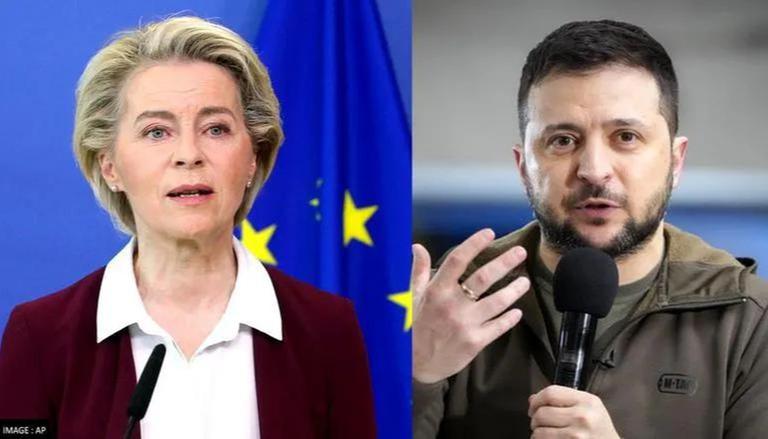 
Ukrainian President Volodymyr Zelenskyy declared a “historic week” began on Monday as the war-torn nation would hear the answer from the European Union (EU) on its candidate status. As the Moscow-Kyiv war continues unabated, Zelenskyy said in his nightly address on Sunday that the upcoming week will be the “most important since 1991” referring to the decision awaited from Brussels regarding Ukraine’s EU candidate status.

He went on to say that Ukraine's EU accession “meets the interests of the whole of Europe” and suggested that Russian forces are expected to intensify attacks. According to Zelenskyy, Russia would ramp up “hostile” activities not only against Ukraine but also Europe. It is to mention here that a referendum on the Act of Declaration of Independence was held in Ukraine on 1 December 1991.

On Sunday, Zelenksyy said, “Tomorrow a historic week begins. One of the most important since 1991. A week when we will hear the answer from the European Union on the candidate status for Ukraine. And in such a week, we should expect greater hostile activity from Russia."

“...Purposefully - demonstratively. And not only against Ukraine, but also against Europe. We are preparing. We warn partners. And we are grateful to everyone whose strength today means our victory tomorrow,” he added.

Zelenskyy’s declaration of the “historic week” follows remarks by the Vice President of the European Parliament, Katrina Barley who warned against lowering entry conditions. Earlier, the EU Commission had recommended that Ukraine and Moldova should be formally designated as applicants for EU membership. Barley, however, stated that Kyiv must completely implement the norms of the bloc and that the EU should not push the war-ravaged nation into membership.

"There must be no hasty accessions. Anyone who is in the EU cannot be excluded. You can currently see that in Hungary, which is systematically undermining the rule of law”, Barley told the Neue Osnabrucker Zeitung on June 18.

“It is all the more important that the criteria laid down for accession, such as institutional stability, a functioning market economy and the rule of law, are fully met," she added.

Earlier, on June 16, the leaders of Germany, France, Italy and Romania met with Ukrainian President Volodymyr Zelenskyy as they arrived in Kyiv and extended their support for the war-torn nation’s EU membership. At the joint news conference, alongside Scholz, Italian Prime Minister Mario Draghi and Romanian President Klaus Iohannis, French President Emmanuel Macron had said, "All four of us support the status of immediate candidate for membership."