'It has taken too long': Zelenskyy Lambasts EU Over Delay In Approving Sixth Sanctions Package Against Russia

Just before EU agreed on new sanctions against Russia, Ukrainian President Volodymyr Zelenskyy stated that it has taken too long to agree on the measures. 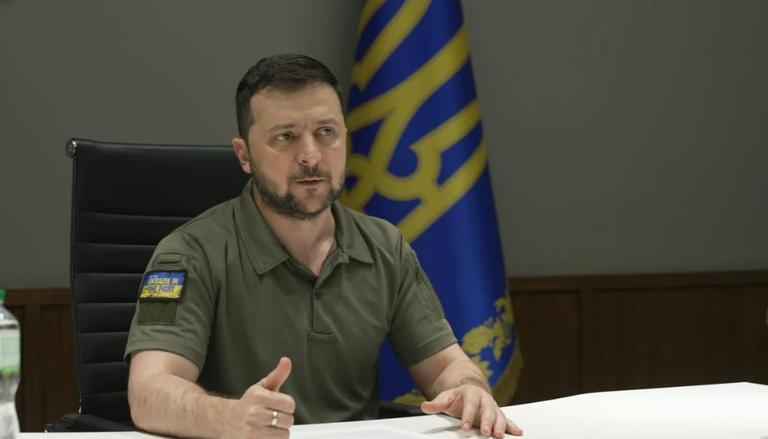 
As the Russia-Ukraine war has entered its 97th day, Ukrainian President Volodymyr Zelenskyy on Monday stated that it has taken too long for European Union (EU) to agree on the new sanctions against Russia, noting that the last such package was announced about two months ago. "On the 44th day of the war, the EU's fifth sanctions package was imposed, 52 days gave passed since then. What happened," Zelenskyy questioned while addressing the EU Emergency Summit in Brussels.

Zelenskyy's remarks came just before the 27-nation bloc passed the proposal for the partial embargo of Russian oil after the embattled Ukrainian President urged them to "show force." During his virtual keynote speech at the summit, which intended to reinforce support for Ukraine, Zelenskyy called on the union to "uphold the desired unity." He added, "Europe needs to show strength because Russia only sees strength as an argument". He urged the leaders to stop being "fragmented" and help Kyiv counter Russian aggression "as one whole." As the war escalated to day 97, "Russia must feel a much higher price for its aggression," he said.

Later, during the usual night address, the Ukrainian President thanked the European Council President Charles Michel for "trying to reach necessary compromises" to ensure the fresh measures are imposed in the coming days.

According to Michel, as said on May 30, the sanctions immediately cut over two-thirds of oil imports from Russia for the EU countries. Speaking at the EU Emergency Summit in Brussels to finalise the sixth package of sanctions against Russia, Michel noted that the decision is aimed at cutting "a huge source of financing for its war machine." Apart from the partial ban on Russian oil, the leaders also cut off the Russian largest investment bank Sberbank from the SWIFT messaging system and banned two more state-owned broadcasters from cable and internet networks.

The draft of the message on Summit's conclusion, as quoted by RFL, said that the bloc "resolutely condemns Russia’s war of aggression against Ukraine" and urged Russia "to immediately stop its indiscriminate attacks against civilians and civilian infrastructure, and to immediately and unconditionally withdraw all its troops and military equipment from the entire territory of Ukraine within its internationally recognized borders." It further welcomed the investigation of war crimes committed by Russia in Ukraine. The members also vowed to hold "Russia and Belarus responsible for their actions in accordance with international law." As comprehensive support to devastated Ukraine, the EU also prepared to grant $9.7 billion to "rebuild the country for the future."