Russia-Ukraine War | Zelenskyy Pledges To Restore Freedom; Avers 'it Started In Crimea & Will End In Crimea'

Amid the ongoing ravaging war with Russia, Ukrainian President Volodymyr Zelenskyy has pledged to restore freedom in all parts of the country including Crimea. 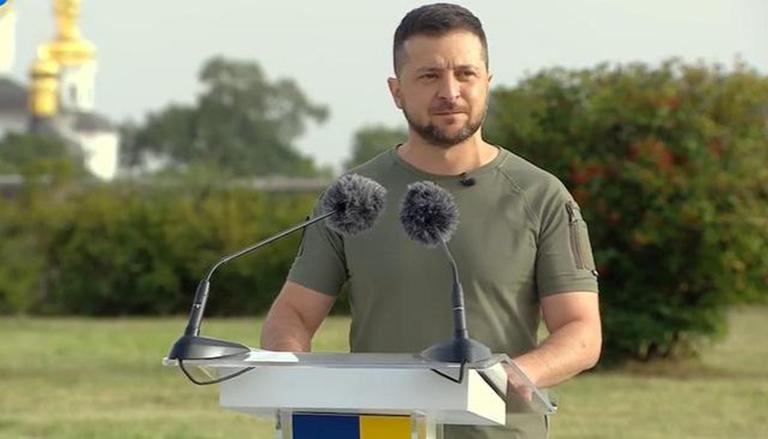 
Amid the ongoing ravaging war with Russia, Ukrainian President Volodymyr Zelenskyy has pledged to restore freedom in all parts of the country including Crimea. He also stressed that the Ukrainian flag will also fly in all the occupied regions of the war-torn country. The embattled President also promised to kick off an international conference on Crimea and stated that he would make an all-out effort to restore Ukrainian rule over the Russia-annexed peninsula. "It began in Crimea, and it will end in Crimea. The Peninsula was and is part of Ukraine, and after de-occupation, together with our entire state, will become part of the European Union," Zelenskyy remarked.

Notably, Russia attacked Ukraine in 2014 and subsequently annexed the Crimean Peninsula. After the annexation, Russia increased its military presence on the peninsula and issued nuclear threats to establish the new status quo in the region. However, the annexation was denounced by Ukraine and many other nations as a violation of international law and Russian accords safeguarding Ukraine's territorial integrity.

“It began in Crimea, and it will end in Crimea,” - President of Ukraine Volodymyr Zelenskyy quoted the letter of Nariman Dzhelyal. pic.twitter.com/H5MYbH3VAc

Regaining authority over Crimea will be a 'historic anti-war step': Zelenskyy

President Zelenskyy stated that regaining authority over Crimea will be a "historic anti-war step." He also asserted that Ukraine is powerful enough to see a future for Ukrainian Crimea. According to him, it is essential to free Crimea and defeat Russian aggression to overcome terror. Speaking at an event to mark the national flag day on Tuesday, President Zelenskyy underscored that the Ukrainian flag will fly high across all regions in the country. “The blue and yellow flag of Ukraine will again fly where it rightfully should be. In all temporarily occupied cities and villages of Ukraine, including Crimea," he added, as per AP.

It should be mentioned here that Crimea has once again come to the limelight after recent explosions that took place in the region, reportedly destroying several Russian warplanes. Apart from being used by Russia to launch attacks against Ukraine since the war began on February 24, Crimea houses Russia’s Black Sea Fleet which Moscow continues to use to target Kyiv. Meanwhile, experts also believe that the ongoing battle may see a shift if Ukraine is responsible for the string of explosions in Crimea.