President Zelenskyy in his routine nightly address stated that there can be no condition under which any Russian attack on Ukraine becomes justified. 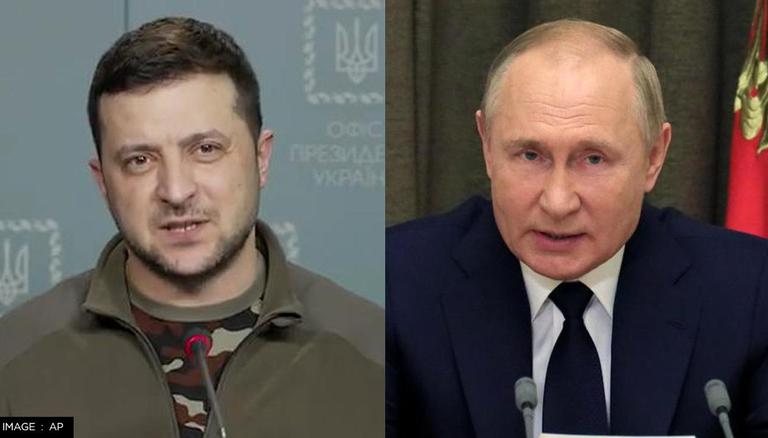 
As the war between Russia and Ukraine continues unabated, embattled President Volodymyr Zelenskyy, in his routine nightly address, stated that there can be no condition under which any Russian attack on Ukraine becomes justified. He added that Putin's decision to attack its neighbouring country is "unprovoked, invasive, and openly terroristic."

Speaking about the attacks led by Russian occupiers, Zelenskyy said that Kremlin's troops once again fired at Toretsk and the Donetsk region, targeting public transport stops. He added that total of eight civilians died and three children were injured as Russian missiles damaged high-rise buildings, including St. Panteleimon Church, where the priest was also wounded.

"It was a deliberate strike by the occupiers, another act of terror—cynical and calculated. They knew where they were hitting, and they obviously wanted people to get hurt," Zelenskyy stated.

Zelenksyy also said that some international organisations are not reporting war crimes committed by Russia. "We do not see clear and timely reports from some international organisations regarding this and thousands of other crimes committed by Russian terrorists. We saw today a completely different report from Amnesty International, which unfortunately tries to amnesty the terrorist state and shift the responsibility from the aggressor to the victim," he added.

"There cannot be, even hypothetically, any condition under which any Russian attack on Ukraine becomes justified. Aggression against our state is unprovoked, invasive, and openly terroristic." He added saying, "If someone makes a report in which the victim and the aggressor are allegedly the same, if some data about the victim is analysed and what the aggressor was doing at that time is ignored, this cannot be tolerated."

Speaking about the scale of damage caused by Russian attackers, Zelenskyy stated that at least 200 religious buildings alone, temples and prayer houses of various denominations, were damaged or destroyed, along with around 900 medical facilities, over 2,200 educational institutions, dozens of universities, and hundreds of schools and kindergartens.

"The Russian army did not even refrain from striking at the memorials to the victims of the Holocaust, at the cemeteries. At the camp with prisoners of war in Olenivka For some reason, there are no reports about it. This is immoral selectivity," he asserted. Further, slamming the media channels that are presenting reports in favour of Moscow, Zelenskyy reiterated that anyone who supports Russia or tries to justify this invasion must understand that it will directly or indirectly help the terrorists. "And if you provide manipulative reports, then you share the responsibility for the deaths of people with them," he added.

READ | Russia-Ukraine war: Relatives of POW's captured by Moscow call for information on loved ones