Speaking at High-Level Dialogue on Climate Action, Argentina's President Fernandez said climate and environmental action is the topmost priority for the country 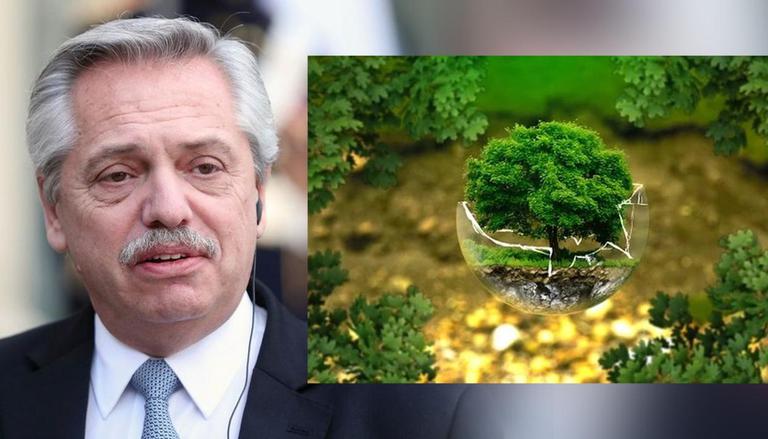 
On Wednesday, September 8, Argentina's President Alberto Fernandez said that climate and environmental action is the topmost priority for the South American country as the world needs environmental social justice. Speaking at the High-Level Dialogue on Climate Action, Fernandez, President of the host country, outlined that the world needs to think of innovative mechanisms to save the planet and strengthen the bonds of cooperation to care for countries and communities, reported Xinhua News. "It's the time to act now. We can be part of the generation that sought to save planet Earth, thus Argentina has decided to put climate and environmental action at the centre of its priorities," he added, urging the world leaders to ramp up their efforts to save the planet, according to Xinhua News.

The event was virtually attended by US Presidential Envoy for Climate John Kerry, regional leaders and international organisations officials. The dialogue is said to be momentum for the upcoming Climate Change Conference (COP26), scheduled for November in Glasgow. Ever since Joe Biden took charge, Washington's efforts to tackle climate change and global warming have increased substantially. The top democrat rejoined the 2015 Paris Accord and promised to slash greenhouse gas emissions in half by 2030. Earlier this year, he also hosted the Leaders Summit on Climate, inviting more than 40 leaders. The UN Climate Change Conference (COP26), jointly hosted by the UK and Italy, is now planned to occur at the Scottish Event Campus in Glasgow.

The UN Climate Change Conference (COP26) was initially scheduled in November last year but postponed due to the coronavirus pandemic. The COP26 summit aims to protect and restore ecosystems and build resistance against climate change, according to its official website. It is worth mentioning here that India and UK, on Wednesday, September 1, announced a mutual agreement for tackling climate change and boosting investments at the 11th Round of Ministerial UK-India Economic and Financial Dialogue (EFD). UK announced a $1.2bn package to help drive India’s green growth ahead of the COP26 climate conference. The package includes public and private investments in green projects and renewable energy to help India reduce its carbon footprint.

WE RECOMMEND
US to participate in Argentina's high-level dialogue on climate change in the Americas
Argentina forced to make changes for Bolivia after quartet fly back to UK
'Vanishing': Switzerland drapes blankets on Swiss Alps to protect from climate change
‘This is code red': Biden warns of climate change threat, calls it 'everybody's crisis'
Brazil vs Argentina suspended: FIFA begins disciplinary proceedings against both nations