Brazil: President Bolsonaro In Isolation For 5 Days After Contact With COVID Positive Aide 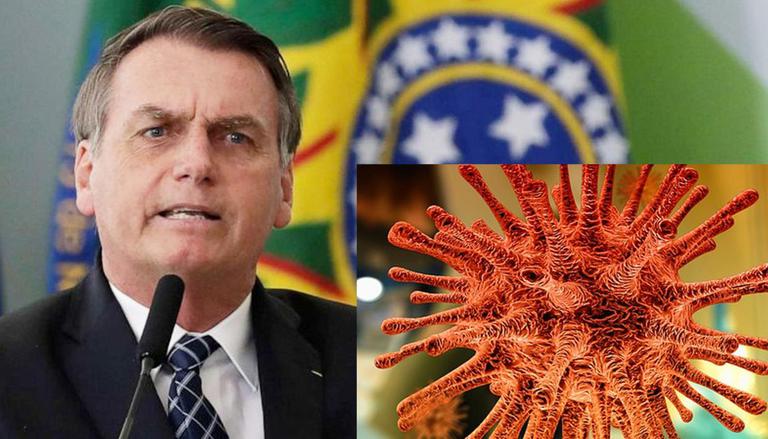 
Unvaccinated Brazil President Jair Bolsonaro has decided to remain in isolation for five days. The decision came after his close aide, Health Minister Marcelo Querioga was tested positive for the novel Coronavirus on September 21, a senior official notified on Wednesday. It is noteworthy that the President recently returned from the United Nations General Assembly (UNGA) along with a delegation of 50 people, Wall Street Journal reported.

While "totally asymptomatic" Bolsonaro and his delegation will be released if they test negative over the weekend, Querioga will remain quarantined for 14 days in New York, Xinhua News Agency reported quoting President's special communication secretary Andre de Sousa Costa. However, Bolsonaro will remain under medical observation for 14 days in Brasilia. Meanwhile, the Brazilian President will also follow the stipulated guidelines, Costa added.

It is also noteworthy that Bolsonaro repeatedly mentioned in public that he chose to remain unvaccinated despite blasphemous COVID-19 infections in Brazil. Earlier in mid-2020, the president contracted COVID, however, he recovered soon after. Even before his visit to New York, Bolsonaro said that he has not been vaccinated against COVID-19, flouting the standard protocol for all attendees. The unvaccinated and unmasked President was also seen enjoying pizza on September 22 with his delegation at a New York street food joint.

Brazilian Health Minister Marcelo Querioga tested positive for Coronavirus on September 21. He broke the news just after President Jair Bolsonaro addressed the UNGA forum on the same day. He took to Twitter to update him about his health. "I tell everyone that I tested positive for COVID-19 today. I will be quarantined in the US, following all health safety protocols”, Querioga wrote on Twitter.

Following the news, the Itamaraty (Brasilia Central Government Office) suspended all meetings of the delegation at the UNGA, CNN Brazil reported. However, Querioga was snapped side by side with Bolsonaro on several occasions this week and was seen at the UNGA summit where he met several world leaders, including mask-less UK PM Boris Johnson. Later, he was at a breakfast with employees of investment funds in New York, AP reported. On Saturday another envoy of Bolsonaro's presidential visit organising team tested positive for the virus.

WE RECOMMEND
Unvaccinated against COVID, Brazilian President Bolsonaro eats pizza on NY sidewalk
Brazil: Ahead of re-election campaign, Bolsonaro claims 'only God' can oust him from power
UN rule may be hurdle for Brazil vaccine skeptic Bolsonaro
Brazilian President Jair Bolsonaro to meet truckers protesting on highways in his support
Brazilians protest, demand Bolsonaro step down