Brazil’s President Jair Bolsonaro on Sunday, 10 October, said that he was denied entry to the Santos vs Gremio football match due to COVID-19 protocols. 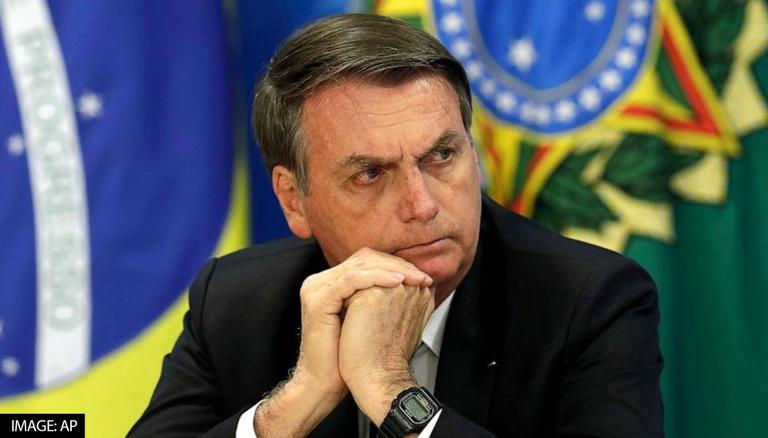 
Brazil’s President Jair Bolsonaro on Sunday, 10 October, said that he was denied entry to the Santos vs Gremio football match due to COVID-19 protocols. According to ANI, Bolsonaro said that he wanted to fo the Brazilian championship match in the city of Santos, however, he was prevented from attending the game because he is not vaccinated against coronavirus.

“Why a vaccine passport? I wanted to watch Santos now and they said I needed to be vaccinated. Why should that be?” Bolsonaro told reporters near Santos, adding that he has more antibodies than those who have received the shots.

Santos, on the other hand, said that the Brazilian President had not asked to attend the match, which saw Santos beat Gremio at the Vila Belmiro Stadium. It is worth noting that officials last week announced that it will allow filling only 30 per cent of available seats in Brazilian championship games. The COVID-19 protocol agreed by the Brazilian soccer confederation said that all people inside the stadiums must be vaccinated and recently tested.

However, as Bolsonaro did not have a COVID-19 vaccination certificate, he was denied entry to the football match. Notably, the Brazilian President, who is currently on vacation in Sao Paulo, has repeatedly expressed scepticism toward coronavirus vaccines. He has frequently been seen flouting the COVID-19 protocols, holidaying while his country reeled under the overburdened hospital systems, and downplaying the virus as ‘little flu’ when the pandemic hit. He refused to impose the COVID-19 measures, as he called his mayors and the governors “problematic” for imposing lockdown, which he argued was more harmful than the virus itself.

Meanwhile, currently, Bosonaro is under a Senate investigation for his handling of the pandemic. Brazil's Senate had launched a probe into Bolsonaro government's, amid mounting criticism of his ‘no restrictions’ approach that plunged the Latin American country into a devastating crisis with bungled vaccine campaign. Opposition leaders and critics of Bolsonaro have been calling for his impeachment. Last week, Brazilians expressed anguish as they protested in humongous numbers against the ruling Bolsonaro government for flaring inflation, poverty, hunger, and skyrocketing fuel prices due to the administration’s mishandling of the looming coronavirus pandemic crisis.