On Saturday, rebels from the ELN attacked a rural region of the Colombian municipality of Arauquita, killing five troops and injuring six others 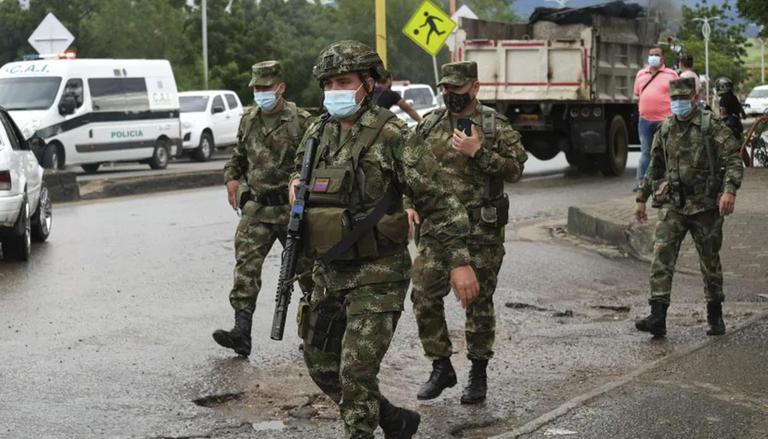 
On Saturday, rebels from the National Liberation Army (ELN) attacked a rural region of the Colombian municipality of Arauquita in the department of Arauca, killing five troops and wounding six more. The wounded soldiers were quickly moved to a medical facility, where they are still healing from their injuries, while the army is organising proper legal proceedings with the competent authorities.

The Colombian Army stated that Colombian soldiers sent their profound condolences to the families, friends, and colleagues of the heroes.

Colombian President Ivan Duque denounced the incident on Twitter, stating, "These cowardly acts are the product of despair in the face of military pressure. For the memory of our heroes, we will continue attacking narco-terrorism and dismantling its structures."

Earlier on June 15th, the defence minister announced that a car bomb explosion at a military facility in the Colombian border city of Cucuta injured 36 people, blaming the attack on the ELN. The blast occurred at a base utilised by the 30th Army Brigade in the city's northeastern outskirts, close to the Venezuelan border.

READ | Uruguay wins, Colombia draws in troubled round of qualifiers

The ELN is one of Colombia's two primary guerrilla forces with left-wing political ideology. It began as a Marxist-Leninist nationalist movement but has now shifted its focus to kidnapping, extortion, and attacks on economic infrastructure and, after decades of avoiding drug trafficking, it has recently been tied to the drugs trade and has sought relationships with significant drug trafficking groups, according to InSight Crime. Colombia's government, the United States, Canada, the European Union, and Venezuela's National Assembly have all designated the group as a terrorist organisation.

The ELN was founded in the 1960s, just as Colombia was emerging from a deadly sectarian conflict known as "La Violencia," and several religious and student movements were gaining power in the country, some of which drew inspiration from the Cuban revolution, according to InSight Crime. From the beginning, when the little armed insurgency began training in San Vicente de Chucuri, in the department of Santander, these two movements would constitute the heart of the guerrilla force. Six months later, on January 7, 1965, the rebels took over Simacota, a small village in Santander, and declared their presence.