Explained: From Lula To Boric, Is Latin America Witnessing The Revival Of The Pink Tide?

The remarkable return of Lula to the country, made Brazil join the new wave of what is known as the “Pink Tide” that has taken over the Latin American nations. 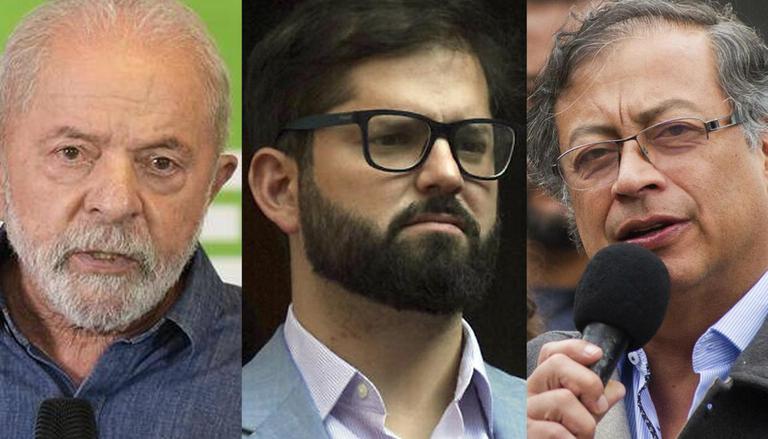 
On Sunday, Brazilian President Luiz Inacio Lula da Silva started his third innings as he was sworn in as the President of Brazil. The remarkable return of Lula to the country made Brazil join the new wave of what is known as the “Pink Tide” that has taken over the Latin American nations. In recent years, countries like Chile, Colombia, and Brazil are witnessing the rise of Left-leaning politicians in mainstream politics, although this shift towards the Left is not a novel phenomenon in the region.

The term “Pink Tide” came to the mainstream political discourse in 1998 with the victory of Venezuelan President Hugo Chavez. However, the glory of the Left remained short-lived in the region, as different countries started witnessing socio-economic disruption and the upheaval of the “left-leaning” regimes. While many claim that the modern-day politics of the region is heading in the same direction, the new wave of "Pink Tide" in Latin America is different from the one the region witnessed in the late 90s and early 2000s.

What is the Pink Tide?

Pink Tide is a political phenomenon and a wave in which the perception of the people in Latin America turned towards Left or left-leaning governments. During the 1970s, several Latin American countries from Chile to Argentina were under military regimes. However, the 80s witnessed the Third wave of democratization which led to the institutionalization of electoral competition in Latin America. The end of the Cold War led to many Latin American countries embracing neo-liberal policies and even the leftist faction in the region started embracing capitalism. As a result of this, the United States, which has been interfering in the region’s political framework for a very long time, did not perceive leftist political actors in the region as a major threat.

However, things started changing in the late 90s when the region underwent unsuccessful attempts to privatise the economies. The countries started witnessing a rise in inflation, unemployment, and major socio-economic and political upheavals. This opened the doors for leftist leaders to enter the mainstream politics of different regions. In 1998, leftist political leader Hugo Charvez became the president of Venezuela. The advent of Charvez to political power in the country subsequently led to the election of left-leaning governments in Chile, Brazil, Argentina, Uruguay, Bolivia, Nicaragua, Ecuador, etc.

According to Vice, Cristina Fernández de Kirchner, the Vice President of Argentina called Chavez, Evo Morales of Bolivia, and Lula da Silva, the “Three Musketeers of the left in South America”. While the commodity boom in the region contributed to the growth of the tide, it saw its end in the 2010s. The end of Lula’s and Rousseff's regimes in Brazil due to corruption charges and the growth of the economic crisis in the region led to the death of the first wave of the Pink Tide.

Is Pink Tide witnessing its resurrection in Latin America?

Andrés Manuel López Obrador and Gustavo Petro became the first leftist heads of the state in Mexico and Colombia respectively. With the victory of 36-year-old Gabriel Boric in Chile and Lula De Silva in Brazil and before the arrest of former Peru President Pedro Castillo, the six most populous and economically strongest countries in Latin America had presidents with the left-wing agenda. The return of the leftist leaders in mainstream politics in these countries indicates that the new wave of Pink Tide is on the rise.

The Pink Tide is becoming greener and more popular in recent times due to the soaring inflation in the region and the increase in social inequalities, which has led to a rise in discontent amongst the common citizens. The COVID-19 pandemic also contributed to the shift. Due to the pandemic, people started rejecting firmly established parties and opting for leaders who are more oriented toward ensuring greater spending on social welfare policies. Hence, the new wave indicates that the people were frustrated by the status quo in the region and wanted governments that are more oriented toward social welfare policies.

How is the new Pink Tide different from the last one?

The new Pink Tide in Latin America holds several differences from its predecessor. In the early 2000s Latin American leaders were witnessing the commodity boom which helped them to stabilize their power in the countries. On the other hand, today’s leaders are witnessing geopolitical instabilities and the devastating pandemic has impacted the economies of these regions to a great extent.

The issue of the environment is at the forefront in the new Pink Tide, leaders like Chile’s Boric and Colombia’s Petro are focussing on environmental issues that were somewhat neglected in the first wave. The rights of the LGBTQ community are being addressed in the new wave. Earlier this month it was reported that the Boric administration in Chile has launched several LGBTQ rights campaigns in the country.

Some exceptions to the Pink Tide

While there has been a rise in Left-oriented government in the region, it would be unfair to claim that all the leaders in the region are adhering to left-leaning progressive agendas. While Boric has taken a progressive route, there are leaders in the region who can be still considered socially conservative. The Left experiment also witnessed failures in some countries, for example in Peru the leftist leader Pedro Castillo, who was elected as the president of the country in 2021, was removed and arrested in December 2022. El Salvador president, Nayib Bukele who called himself Leftist when he began his political career changed his tune when he ran for the office of the President and formed an alliance with the Great Alliance for National Unity (GANA) which is a right-leaning conservative political wing. Hence, the new Pink Tide in Latin America indeed looks like a strong wave, but it will be interesting to see how long it will last.