A group of scientists has found 1000 dinosaur footprints in the northern Chilean small town, Huatacondo, marking the location with the most footprints in Chile 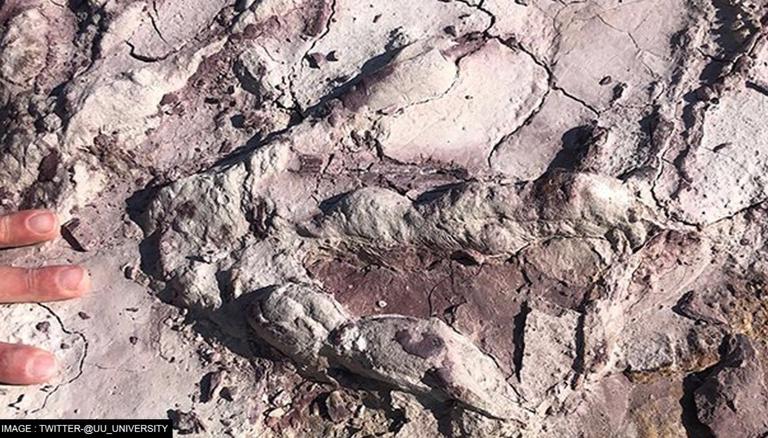 According to the Newsweek report, the dinosaurs' behaviour is something that the footprints can tell which fossilised bones cannot. Besides this, highly particular circumstances have to exist in order for footprints to fossilise, which allows researchers to infer a lot about the imprints simply by virtue of their existence.

Furthermore, between the period of May 23 and June 3, palaeontologists discovered over 1,000 footprints, some dating back as far as 150 million years, from young, mature, and adult sauropods (quadrupedal dinosaurs like Diplodocus), as well as theropods (a large group of bipedal dinosaurs that includes Tyrannosaurus rex and velociraptors). As a result, the dinosaurs would have been alive in the last Jurassic era.

The dinosaurs who left the footprints millions of years ago must have been up to 40 feet long, according to the experts, who estimated that the imprints ranged in size from 30 to 40 inches, Newsweek reported.

Geologists remarked over the massive discovery

Christian Salazar, a geologist, remarked, “It is something truly unprecedented in my professional experience, incredible. In 10 days, we found more than a thousand footprints... We know that there is huge potential here and it is the beginning of a great project," Xinhua reported. Further, Salazar, a researcher at the Universidad Mayor, a private institution in Santiago, Chile's capital city, said that they have to continue gathering information, collecting data, and supplementing what they have previously collected."

According to Salazar, who is an expert on mass extinctions, Paleontology "is not just about a new species of dinosaur or fossil; many questions have to be answered, starting with the environment in which (the dinosaurs) developed and what happened to them," Xinhua reported.

Since there are well-defined cycles here, it allows the scientists to evaluate the climate and identify seasonality, according to Salazar.

Meanwhile, the group is working to have the region recognised as a World Heritage Site by the United Nations Educational, Scientific, and Cultural Organization as they get ready to publish their initial study findings in November.