El Salvador’s President Nayib Bukele has changed the Twitter profile description to “The coolest dictator in the world" and draws criticism from politicians. 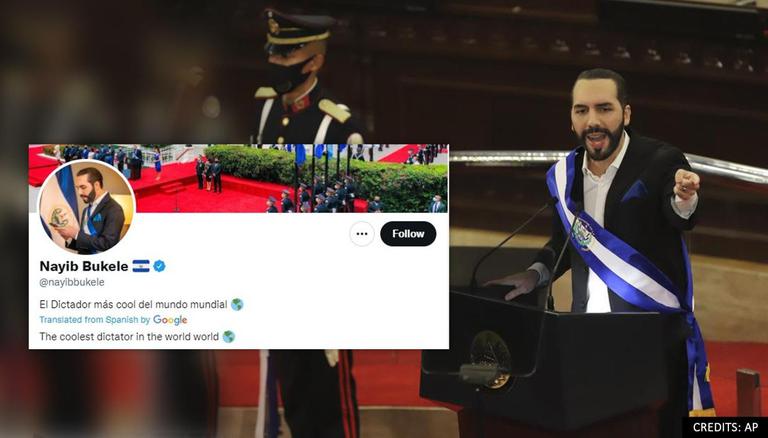 
In what could be an ironic stance after demonstrations against him last week, El Salvador’s President Nayib Bukele has changed the Twitter profile description to “The coolest dictator in the world.” As per The Associated Press report, El Salvador’s President’s office did not immediately respond for a comment but the description has not changed. Notably, there is no sign of Bukele’s profile being hacked. He is reportedly a heavy user of the microblogging platform.

Even after changing the profile description to “dictator,” he went on to tweet heavily on September 20 about bitcoin. Bukele appeared to be fascinated by the price and potential of the digital currency and he also made bitcoin legal tender in El Salvador, making it the first country to take such a step. However, several El Salvador lawmakers showcased their disagreement with Bukele’s profile description with legislator Johnny Wright Sol, a member of the opposition Nuestro Tiempo party calling it “childish.”

“Changing his Twitter profile to call himself the dictator of El Salvador is a very childish act on the part of the president,” said Johnny Wright Sol. Additionally, a civic group concerned with government accountability, Citizen’s Action lawyer Eduardo Escobar said that the changing of description is “part of the president’s strategy...He is trying to ridicule the feelings of the public or the opposition.”

Description changed after protests against Bukele

Bukele’s change of profile description to “dictator” came after just last week, thousands of people gathered in El Salvador’s capital for the first mass march against the country’s President. According to the protesters, as per AP, El Salvador’s President has concentrated too much power leading to the weakening of the independence of courts and might seek re-election. Famous for his wry style, Bukele dismissed the demonstrations on September 15 by saying the protesters “took to the streets to fight a dictatorship that doesn’t exist.”

Bukele, a populist president was elected in 2019 and since then, he has reportedly maintained high popularity with his commitment to stamp out corruption that was rampant among the traditional parties of the country. However, as per AP, some Salvadorans have said he is becoming a dictator for real.