The wife of the former Greek ambassador to Brazil, Kyriakos Amoridis, was sentenced to 31 years in prison for his murder. He was killed in 2016. 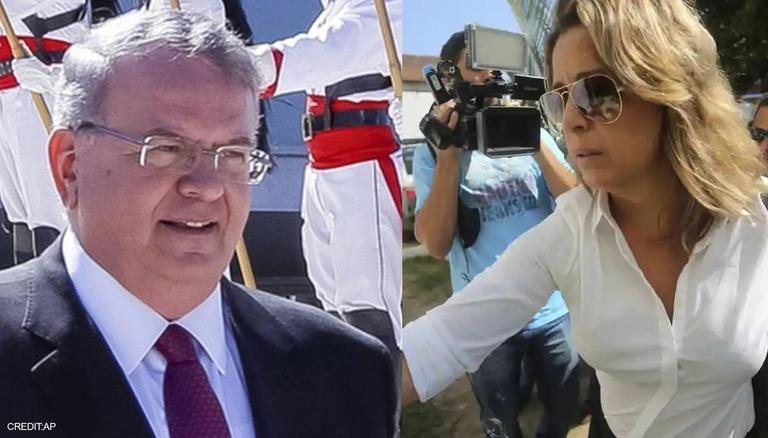 
A Brazilian court sentenced a woman to 31 years in prison in connection with murdering her husband, Kyriakos Amiridis - a former Greek ambassador to Brazil. According to the Greek Reporter, Francoise de Souza Oliveira killed her husband in 2016 when they were on Christmas holidays in Rio de Janerio. Days after Christmas in 2016, Amiridis' charred remains were found inside his burnt rental car, it reported. The report further said that the diplomat's wife Oliveira was having an affair with a military police officer, Sergio Gomes, who confessed to killing the ambassador on the behest of his lover. Following his confession, Gomes is serving a 22-year sentence.

According to a report by the Greek Reporter, two days after Amiridis' death, his wife had reported a missing report to the police. However, while investigating the matter, the police found blood strain on a sofa and CCTV camera footage of Oliveira with her lover.  Judge Anna Christina da Silveira Fernandes, of the 4th Criminal Court of Nova Iguacu, stated that the crime was carefully thought out as well as premeditated by Oliveira. She further said that the defendant was the mastermind who planned and designed the murder and rightly deserve the punishment, reported the Greek Reporter. Another man, Eduardo Moreira Tedeschi di Melo - a relative of Gomes - was acquitted of murder after serving one year in prison. He was accused of disposing of the Amiridis's body.

Amiridis had married Oliveira in 2004

It should be mentioned here that Amiridis had served as consul in Rio de Janeiro from 2001-04, and returned to Brazil as ambassador in 2016, the same year he was murdered. He had married Oliveira in 2004 and the couple has a daughter, according to the Greek Reporter.  Recently, in a similar kind of incident, former Brazilian Congresswoman, Flordelis dos Santos de Souza was arrested and sent to jail in connection with allegedly orchestrating the execution of her husband in June 2019. According to reports, she, along with ten co-conspirators, was charged last year for killing her husband, pastor Anderson do Carmo, who was shot brutally at their home.