What internet users are calling 'big bang' is a brief horrifying moment captured by the CCTV camera of lightning striking a passenger plane in Birmingham.

What internet users are calling 'big bang' is a brief horrifying moment captured by the CCTV camera of lightning striking a passenger plane in Birmingham, UK. The video was posted by a Facebook user on February 9 and has taken the internet by storm. The short clip reportedly shows an Aer Lingus flight going to Dublin but was struck by a storm on Sunday night. According to international reports, the plane had taken off from Ireland when the incident happened in the midst of storm Ciara.

The footage was captured by a British resident Daniel Pereira's security camera and the locals had reported hearing a loud bang. However, what surprised the netizens the most was that the plane almost remains unaffected by the lightning and continue its journey. Since then, the video has been viewed more than 92 thousand times with nearly a thousand comments. While some netizens called it 'scary', others also brought Marvel's fictional character, 'Thor' into their reactions as they believed it him 'having fun'. 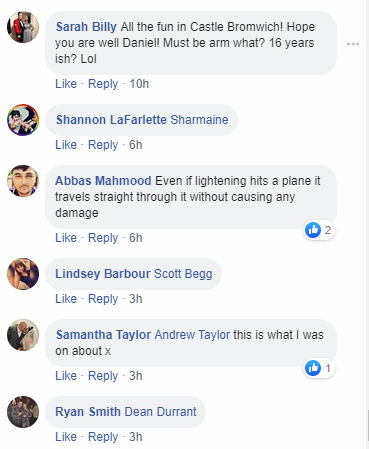 While in this instant the effect of storm Ciara caused no damage, it has reportedly claimed its first victim as a falling tree killed a 58-year-old Mercedes driver who was driving from Winchester to his home in Micheldever, Hants. According to international media reports, the accident took place on the evening of February 9 when the wind speeds in the area were believed to be in excess of 60mph. The strong winds blew trees, sheds, roofs, trampolines and other debris onto tracks and further reportedly blocked lines and brought down overhead power cables as well.

According to international media reports, Britain has also issued more than 200 warnings. The Met Office has further issued amber weather warnings for snow, gales, snow and ice, as commuters faced havoc. Furthermore, the forecasters reportedly said that some areas could see blizzards, with some parts of Scotland already getting a blanket of snow.