Boris Johnson Claims Plot By 'deep State' To Rejoin EU, Says There Will Be 'end Of Brexit'

UK PM Boris Johnson claimed that the opposition, Labour Party and the so-called “deep state” would try to rejoin the EU once he vacates office in September. 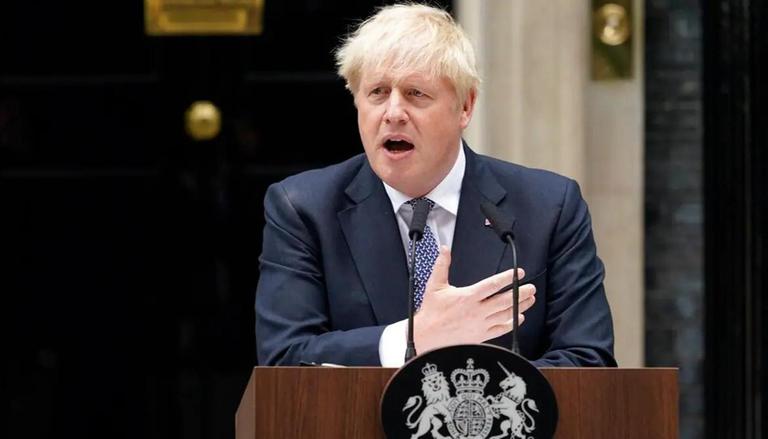 
Boris Johnson, who is set to leave the post of UK Prime Minister in September, claimed that the opposition, Labour Party as well as the so-called “deep state” would try to rejoin the European Union (EU) once he vacates the office. While the ruling Conservative Party MPs are contesting to replace Johnson in full swing and former UK chancellor Rushi Sunika is leading the race, the embattled PM averred on Monday that him leaving Downing Street “is the end of Brexit”. Johnson’s rise in Britain can be significantly credited to his government’s efforts of carrying out Britain’s exit from the EU.

Johnson also won a confidence vote in the House of Commons on Monday which ensured that he will stay in office until the Tories name his successor on September 5. Notably, the vote was called by the UK government itself as a response to the Labour Party's motion to censure Johnson.

Ahead of the vote, the UK PM said, "Some people will say as I leave office that this is the end of Brexit… and the leader of the opposition and the deep state will prevail in its plot to haul us back into alignment with the EU as a prelude to our eventual return," according to The Independent report.

“We on this side of the House will prove them wrong, won’t we?” he continued while questioning the Tory MPs.

The phrase “deep state” was first popularised by US President Donald Trump who used it to refer to the bureaucrats, diplomats, and intelligence operatives among others who control the government while remaining unelected themselves. Meanwhile, Johnson named Starmer, the Scottish independence movement and the Liberal Democrats in the so-called “deep state”. However, as per media reports, he did not point fingers at any perceived culprits within the civil service.

While Labour leader Keir Starmer campaigned in 2019 to overturn the 2016 referendum to leave the EU, he pledged earlier this month not to attempt to bring the UK back to the bloc. Even though he called the repercussions of Brexit “catastrophic”, he pledged that he would “make it work”. However, Johnson remained sceptical and said, "Be in no doubt, if he were ever to come to power with his hopeless coalition of Liberal Democrats and Scottish nationalists, he [Starmer] would try to do so again at the drop of a hat."

READ | 'Back anyone, but Rishi Sunak': Caretaker UK PM Boris Johnson to allies

But responding to Johnson’s remarks, the Labour leader said, “The delusion is never-ending…What a relief for the country that they finally got round to sacking him,” as per the report.