A new study revealed that an offshoot of the Delta variant, which is more infectious, currently accounts for more than one in 10 COVID-19 cases in England. 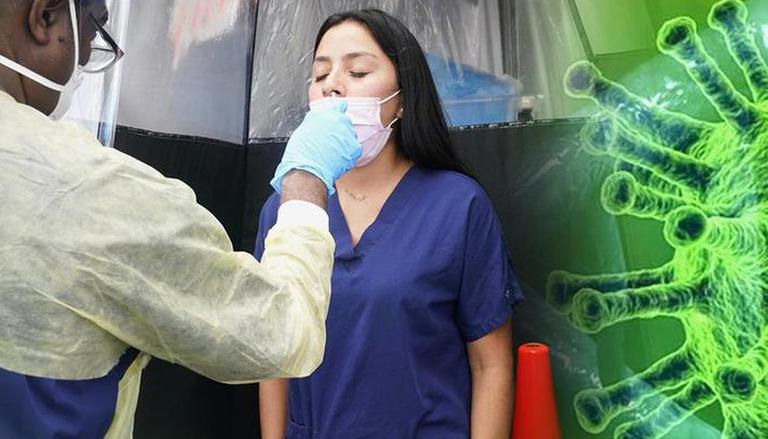 
A new study revealed that an offshoot of the Delta variant, which is more infectious but less likely to elicit symptoms, currently accounts for more than one in 10 COVID-19 cases in England. The recent findings, from the long-running REACT-1 study, also noted that the prevalence of the AY. 4.2 variant has been rising at a rate of 2.8% daily since the month of September, reported Sky News. The report stated that the variant is an evolutionary offshoot of the original Delta virus, and the UK Health Security Agency is keeping a close eye on it. According to the findings, the variant was found in 11.8% of persons tested between October 19 and November 5 in a random sample of 100,000 people.

However, compared to 46% of individuals infected with the original Delta variant, only 33% of those infected with the new variant experienced the characteristic COVID symptoms like fever, persistent cough, or a loss or change in taste or smell. They were also less likely to exhibit other signs and symptoms, noted the study.  The variant appeared to be considerably more contagious than the more common Delta variant of the virus, Professor Paul Elliott, director of Imperial College London's REACT programme said to Sky News. He further added that the reason is still unknown why it's more transmissible, but it does appear to be less symptomatic which is definitely a good thing.

Meanwhile, another researcher, Professor Christl Donnelly stated that it was unclear how the mutation will affect the pandemic. "If it's less likely to be symptomatic, it's less likely to be tested for, and people may be left out. On the other hand, if they are not coughing, the disease may spread more slowly," she was quoted as saying by Sky News. On October 20, the UK Health Security Agency declared AY.4.2 a "variant under investigation." According to preliminary research, it is linked to a slightly lower risk of hospitalisation and mortality than Delta and vaccine efficacy does not appear to decrease significantly.

The study bats for the booster dose

According to the REACT-1 findings, the booster dose is highly effective, reducing the chance of infection by two-thirds when compared to persons who have only had two doses. Meanwhile, the findings also noted that a single dose of vaccine administered to school children decreases the risk of infection by at least 56% in comparison to those who have not taken the jab. Earlier this month, UK's Health Secretary Sajid Javid also urged the elderly and vulnerable people to get the COVID-19 booster shots as soon as possible in a bid to avoid being subjected to restrictions during the Christmas holidays, reported the outlet.

READ | Delta Subvariant 'AY.4.2' detected in India: Is it more infectious? All you need to know