COVID-19 Has No Credible Natural Ancestor, Was Created In Wuhan Lab: Scientist

Scientists unveiled shocking details for the first time stating that there has been “deliberate destruction, concealment or contamination of COVID-19 data”. 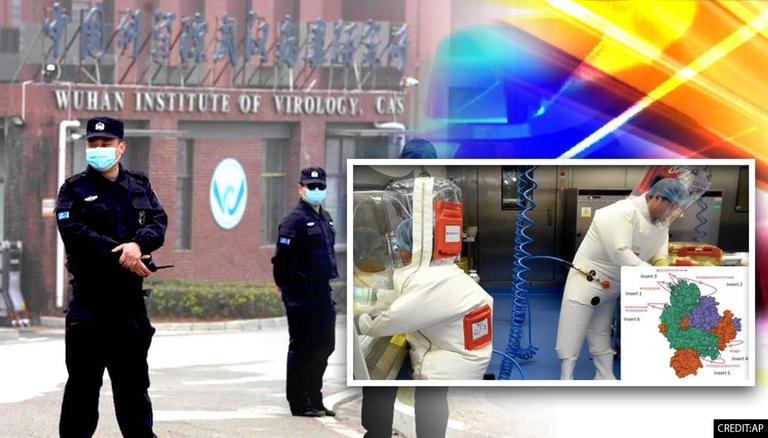 
In the explosive new claims, a British and a Norwegian scientist said that the Chinese scientists experimented on the novel coronavirus in the Wuhan lab and that they have detected ‘unique fingerprints’ in coronavirus samples which point to manipulation in the laboratory. British Professor Angus Dalgleish and Norwegian scientist Dr. Birger Sørensen in their new research said the Chinese scientists inside the Wuhan lab were “altering” the naturally occurring viruses to make them more virulent then test their potential effects on humans. They covered their tracks via “retro-engineering” of the virus versions, to make it appear it evolved from an animal. The soon-to-be-released report will be published in the scientific journal Quarterly Review of Biophysics Discovery (QRB) discovery and was obtained by The Mail.

The scientists claimed that they have had “prima facie evidence of retro-engineering in China” for a year but it was largely ignored by academics and major journals. It is “beyond reasonable doubt” that SARS-CoV-2 was created through “laboratory manipulation,” they said. Wuhan lab scientists were splicing the natural coronavirus ‘backbone’ found in Chinese cave bats onto a new ‘spike’. This, however, escaped via lower-security areas of the Wuhan Institute of Virology.

Professor Angus Dalgleish of Oncology at St George’s University, London is world acclaimed for his breakthrough in creating the first-ever working “HIV vaccine”, while scientist Sørensen is a virologist and Chair of a pharmaceutical company, Immunor, which has recently developed a coronavirus vaccine candidate called BIOVACC-19.

In the explosive report, the scientists have unveiled shocking details for the first time stating that there has been a “deliberate destruction, concealment or contamination of data” at Chinese labs after the SARS-CoV-2 accidental spread from the lab in its extremely contagious altered form.

The report further states that the Chinese scientists and whistleblowers who had first learned of the virus leak, even before the Chinese government presented before the world that a ‘very virulent' virus had spread, they were initially silenced or had disappeared. Scientists Dalgleish and Sørensen were involved in the extensive analysis and research of the SARS-CoV-2 virus samples last year while creating a vaccine when they discovered “unique fingerprints” in the sample that appeared “laboratory altered”.

A former MI6 British spy chief Sir Richard Dearlove had earlier last year spoken out publicly for the first time doubling down on the theory that was believed by the scientific experts and the US and British intelligence communities that the SARS-CoV-2 coronavirus had spread from the wet market and was not man-made, as was initially declared by the Chinese government.

"I subscribe to the theory that it's an engineered escapee from the Wuhan Institute (of Virology),” Richard, who served as head of the Secret Intelligence Service, MI6, between 1999 and 2004 for the first time said on Live TV, shocking the world. "I am not saying anything other than it was the result of an accident and that the virus is the consequence of "gain-of-function experiments" that were being conducted in Wuhan, which I don't think are particularly sinister,” the ex-spy on British Secret Intelligence Service said.

Adding on to his explosive comments he had said that there was an “accumulation of evidence that this is something that has to be openly discussed in the scientific community.” Although he had held back on what that evidence was, according to a report carried by SKY.

Scientist Dalgleish and Sørensen’s claims are backed by the research as they researched inside the archives of journals and databases [on experiments done at the Wuhan lab between 2002 and 2019]. They claimed in the report that the Chinese scientists, some of whom were working with acclaimed American universities at the time, had built the tools that could experiment with coronavirus in the laboratories.

Much of the inventions and scientific research was centered around controversial “Gain of Function” research, they said, which was temporarily outlawed in the US under the Obama administration. ["Gain-of-function" research involves genetically altering naturally occurring viruses to make them more infectious so that they can replicate in human cells in a lab. virus’s potential effect on humans is later studied in the lab by scientists]. They found a row of four amino acids on the SARS-CoV-2 spike which was spliced onto it a new “spike” that makes it “more infectious”.

“Amino acids all have a positive charge, which cause the virus to tightly cling to the negatively charged parts of human cells like a magnet,” Sørensen explained The Mail adding that this is “not natural”. “The laws of physics mean that you cannot have four positively charged amino acids in a row. The only way you can get this is if you artificially manufacture it,” Dalgleish said.