The speculations surrounded the British actress as she had previously owned a 410-acre farm in the Cotswolds, South England, later purchasing it in 2002. 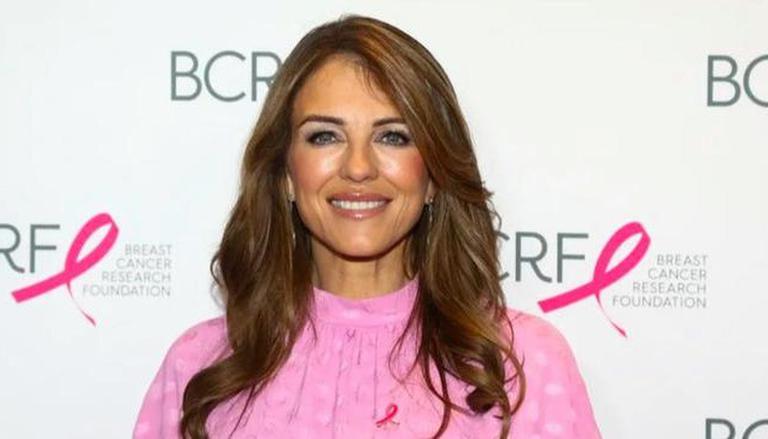 
The 57-year-old British actress, Elizabeth Hurley, on Sunday refuted the speculation that she took Prince Harry's virginity when he was a teenager.

The actress denied claims that she was the alleged "beautiful older woman in the countryside" that the 38-year-old Duke of Sussex revealed he had lost his virginity to in his upcoming memoir Spare. The Austin Powers: International Man of Mystery star said that she wasn't the unidentified woman whom Prince Harry spoke about in his book, adding blatantly, "Not me. Not guilty. Ha!" when asked about the speculation in an interview with The Times.

"No. Not me. Absolutely not" the 57-year-old British actress said, dismissing the rumours about her.

The speculations surrounded the British actress as she had previously owned a 410-acre farm in the Cotswolds, South England, later purchasing it in 2002. Located just outside Barnsley, Gloucestershire, the farm was sold by her for 9 million pounds in 2015. The members of the royal family, including King Charles III and Princess Anne, have properties in the area, according to  South Gloucestershire Council.

Hurley also dated the Indian businessman Arun Nayar and the two tied the knot in 2007 and divorced in 2010. The actress was in a 13-year relationship with Hugh Grant. The two called it off in 2000. Prince Harry married Meghan Markle in May 2019 after meeting on Instagram in 2016. An unidentified woman was named in his tell-all memoir that is expected to hit the shelves on January 10. Many speculated it to be Hurley.

READ | Will King Charles invite Prince Harry and Meghan to his coronation amid new royal rift?

Prince Harry has also revealed many confidential details about the British royal family in Netflix's new docuseries Harry & Meghan. The first three episodes premiered on December 8, and the last three on Thursday this week. The docuseries offers a glimpse into Meghan and Harry's Royal lives that included their decision to step back from royal duties in 2020, as well as the courtship, wedding, and relations with the other members of the Royal family. Prince Harry accused his elder brother Prince William of screaming in the final three episodes of the Netflix series. "It is a dirty game. There's leaking but there's also planting of stories," said Harry. "So if the comms (communications) team want to be able to remove a negative story about their principal, they will trade and give you something about someone else's principal."