Explained: As UK Inches Closer To Outlawing Hamas, Here's How The Terror Group Gets Funded 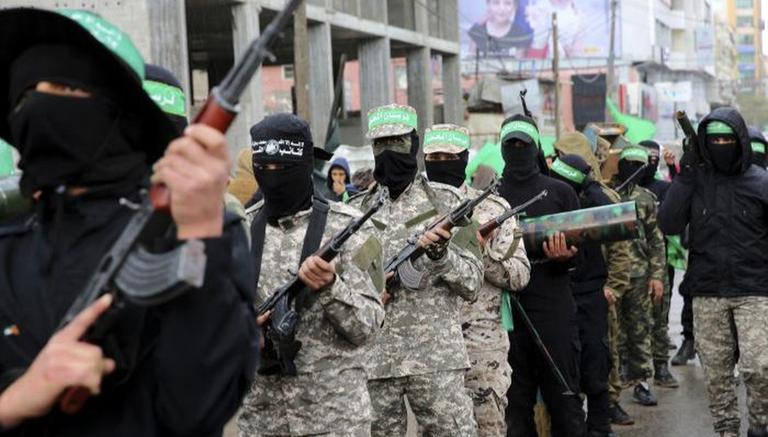 
Earlier this week, British Home Secretary Priti Patel poised further to outlaw the Ḥarakat al-Muqāwamah al-Islāmiyyah or Hamas group, triggering a wide range of reactions from across the world. While the move irked Iran, Palestine and other Islamic states, the West lauded it as another step towards emptying Hamas’ funds. While the Islamist movement unlike Palestine Liberation Organization- is not eligible to receive financial succour and grants from international aid givers like United Nations and European Union, it receives millions of dollars from Palestinian expatriates and Islamic charity groups from all over the world. Notably, statehoods like Iran and Turkey are major benefactors too.

Where does Hamas get its funds from?

Much like its predecessor Muslim Brotherhood, Hamas acquired almost all the waqf properties in Gaza Strip as it took over. As per Deputy Prime Minister of the Palestinian National Authority (PLA) Ziad Abu Amr, it made up to 10% of total properties in Gaza and included agricultural lands, shops, rentable apartments, public buildings. However, by 2011, Hamas’ funding became more dependent upon international aids than Palestinian sources.

In 2014, Hamas broke into a gruesome war with Israel (Gaza War) triggered by the abduction of 3 Jewish teenagers. As the war ended, US Foreign Relations Committee released a list of countries that it accused of bankrolling the movement not only during the war but perenially. In a statement, it said that two Islamic powers-Tukey and Iran- not only provide asylum to Hamas’ leaders but also provide millions of dollars in aid. Additionally, Qatar, it said was the “largest financial patron” of the group. It is imperative to note here that Iran has long been accused by Washington of sponsoring terrorism, not only in Gaza Strip but in Syria, Lebanon, Yemen amongst other conflict-hit states.

“Iranian technology and rockets have been used to launch thousands of rockets further into Israel, placing the majority of the country at risk. And the regime's financial support has allowed Hamas to continue to resupply itself after its stockpiles run low or are destroyed by Israel,” it said.

Hamas operates a maze of sophisticated tunnels that are now spread across hundreds of kilometres and circumvent the Egyptian crossing into Gaza. Since 2007, when Israel and Egypt imposed a complete blockade onto the 139sq km strip, movements of goods through the tunnels exploded, providing the Islamic group much-needed import duties. The goods-which encompass staples like rice, cotton and cheap gas as well as medicines and ammunitions continue to funnel millions of dollars into Hamas’ accounts. As of 2021, Hamas reportedly collects upwards of $12 million per month from taxes on Egyptian goods imported into Gaza, as per think tank Council on Foreign Relations (CFR). It is, however, worth mentioning that the import of goods has plunged considerably after Abdel Fattah Al-Sisi took over as Egypt’s president and adopted a hostile policy towards the Palestinian movement. More recently, the zionists last month banned several Palestinian NGOs for reportedly funding Hamas.