Sahil Bhavnani, a 22-year-old Indian-origin student of Oxford Brookes University was found guilty of stalking by a UK court and given a suspended sentence. 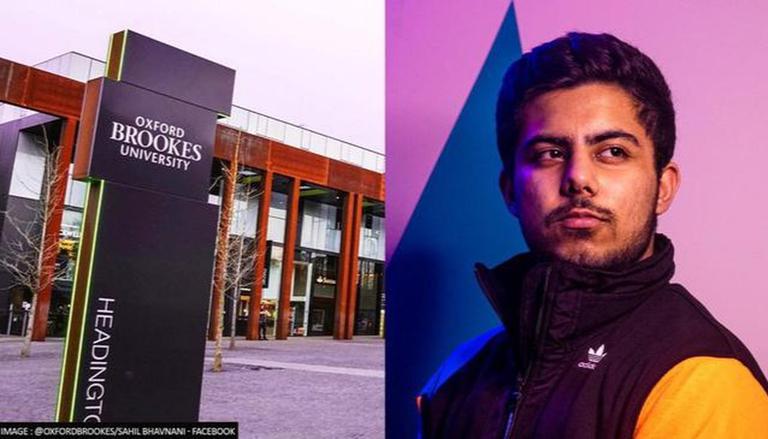 
A 22-year-old Indian-origin student was found guilty of stalking by a UK court and was given a suspended sentence, PTI reported. He has also been expelled from the Oxford Brookes University, where he studied. A suspended sentence is a sentence imposed after a conviction for a criminal offence that the court directs to be served after the defendant completes a period of probation.

Sahil Bhavnani, who intimidated a female student at the university, was sentenced to four months in prison with a two-year suspension and a five-year restraining order on December 9.

After learning that Bhavnani will be travelling to Hong Kong with his father on Saturday, Judge Nigel Daly delivered the verdict at the Oxford Crown Court. Bhavnani allegedly threatened a female nursing student in a 100-page letter given to her last month, according to the court. He stated that he copied the content of the threat letter from online poems. The victim claimed in her statement that she was afraid that Bhavnani would sexually abuse her.

BBC quoted the victim as saying, “I started getting six-minute-long voice messages saying he was going to make me be his wife, make me have his children, make me live with him."

The victim had repeatedly stated that she was not interested in any type of relationship and had threatened to report Bhavnani to the police if he continued to harass her. She is now asking for a change in the university's policy, as well as additional assistance for stalking victims. Whereas, Bhavnani admitted to stalking but denied a more serious form of the crime. He's previously been on detention for a month after breaking his bail before.

'I hope that your obsession with her is over'

According to the Oxford Mail, Bhavanani was supposed to be sentenced last month, but when the court learned that the university could take up to six weeks to decide if the engineering student would be dismissed, the case was postponed until January 2022.

PTI quoted Richard Davies, the defence lawyer, as telling the court, “Unfortunately for Mr Bhavnani, it’s (Oxford Brookes University) to expel him from the university and the degree he was on.”

The university, on the other hand, has brought that judgement forward again in order to wrap up the case this week.

"If you breach that (restraining) order there is a maximum of five years’ imprisonment to serve. I hope that your obsession with her is over," Judge Daly told Bhavanani, PTI reported.

Oxford Brookes University said in a statement that it wished to reassure students that it took claims of harassment, violence, or abuse very seriously and that lessons will be learnt. In this particular case, following a university conduct hearing, the university implemented the most severe penalty available, and the student was expelled from Oxford Brookes, the statement further read.

READ | US: Ivy League student fatally stabbed near campus in NYC; Here's all we know

The statement continued, "We accept, however, that there are lessons we can learn for the future, especially in cases where student behaviour may also constitute a criminal offence."

(With inputs from agencies, Image: @oxfordbrookes/Facebook)