'Iran Had 10 Plots With The Aim Of Kidnapping And Killing British Citizens', Says MI5

The MI5 chief has divulged that Iranian death squads are operating in the UK. He said that they were planning to kill critics of the regime in UK. 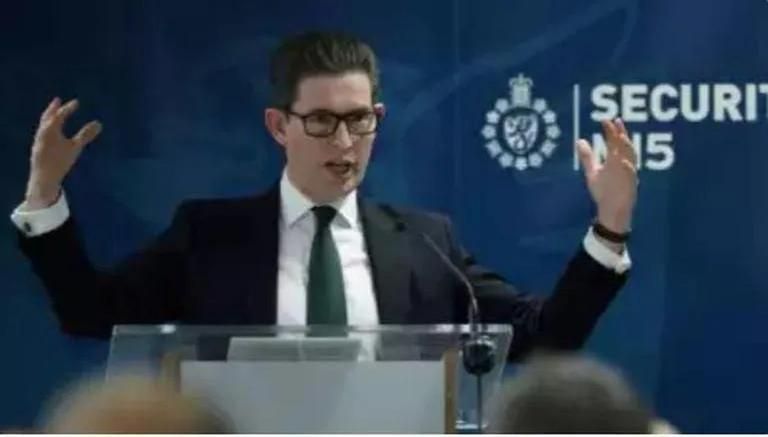 
The MI5 chief, during his annual speech outlining threats to the UK, divulged that Iranian death squads are operating in the UK and according to him, they have been behind 10 plots which had the aim of kidnapping and killing British citizens. In his speech, he stated that out of all the state actors who pose a risk to the UK, Iran is one whose actions cross the territory of terrorism. Iran has imposed sanctions on Iranian individuals for their role in the violent crackdown on Iranian anti-hijab protests.

The MI5 is responsible for UK's domestic security and counterintelligence, which means attempting to monitor and neutralise foreign agents working inside the UK.

In his speech, MI5 Director General Ken McCallum said that Russia's intelligence has suffered a setback since the war in Ukraine, due to the expulsion of more than 600 Russian officials. McCallum said that according to the assessment of MI5, 400 out of 600 were Russian spies. He pointed out that the expulsions have dealt a significant blow to Russia's spy network in the UK and Europe.

Iran blames western intelligence agencies for the protests in Iran

Speaking on China, he said that Beijing poses a level of threat that is of a different level altogether, compared to the immediate threat posed by Russia. He disclosed that China is playing the "long game" in the UK. In his estimation, Beijing is not attempting to influence and co-opt just MPs but other people who are starting out their career in public life. He added that China is influencing people in academia and business as well, highlighting that China's influence operations are not limited to the political realm. Meanwhile, the relationship between Iran and the UK continues to sour.

Iran has blamed Israel and other western intelligence agencies for the anti-hijab protests in Iran. Iran's foreign minister said that the western intelligence agencies intend to start a civil war in Iran, although he did not provide any evidence to back his claim. On Wednesday, the UK's foreign office said at the UN, "Iran’s leaders must choose another path. Now is the time to stop blaming external actors, to hold up the mirror and start listening to the voices of their people."