It's Over! Rishi Sunak Will Be The UK's Prime Minister As Rival Penny Mordaunt Withdraws

Rishi Sunak will be the UK's new Prime Minister, as the only other contender for the Conservative leadership, Penny Mordaunt, has announced her withdrawal 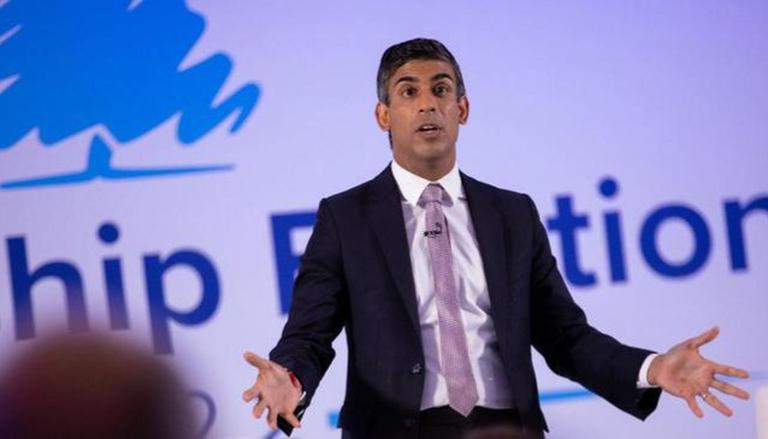 
Indian-origin Rishi Sunak has become the new Prime Minister of the United Kingdom, after contender Penny Mordaunt dropped out from the race, making the road clear for the former to take over as the leader of the Conservative party.

In her tweet, Mordaunt stated, "Our Party is our membership. Whether we are elected representatives, activists, fundraisers or supporters. We all have a stake in who our leader is. These are unprecedented times. Despite the compressed timetable for the leadership contest it is clear that colleagues feel we need certainty today. They have taken this decision in good faith for the good of the country. Members should know that this proposition has been fairly and thoroughly tested by the agreed 1922 process."

She added, "As a result, we have now chosen our next Prime Minister. This decision is an historic one and shows, once again, the diversity and talent of our party. Rishi has my full support."

READ | Rishi Sunak likely to be announced as UK's next PM by today? Here's how it could happen

Rishi Sunak to be the new United Kingdom Prime Minister

Even before Penny Mordaunt dropped out, the 42-year-old former chancellor, a devout Hindu, was comfortably in the lead on Monday, having secured the public backing of over half the 357 Tory MPs way above the 100 minimum required to make the shortlist. The race to become the next Conservative leader began after Liz Truss announced her resignation as UK's Prime Minister.

The Indian-origin had been the strong favourite as the governing Conservative Party sought stability at a time of immense economic challenges and after months of chaos that consumed the past two leaders. Sunak’s position strengthened after former leader Boris Johnson dropped out of the Conservative Party leadership contest. The party is choosing Britain’s third Prime Minister this year following Liz Truss’ resignation after a turbulent 45-day term.

Meanwhile, It is being speculated that the new UK Prime Minister Rishi Sunak's speech to Tory MPs will be in private, according to the reports emerging. Sir Graham Brady, chair of the 1922 Committee, announced that there is now only one valid nomination, “and Rishi Sunak is therefore elected as leader of the Conservative party”. Sunak will address Tory MPs at 2.30 pm or 7:00 pm IST in the Commons, set for his coronation.

This means Sunak is poised to walk through the door of 10 Downing Street in London after an audience with King Charles III in Buckingham Palace, the timeframe of which will become known soon. He will also be the youngest British Prime Minister in modern history. The current record-holder is David Cameron, who was 43 when he became Prime Minister.