While some of Kate Middleton fans noticed that the Duchess wore the same top in March 2019, others pointed out that she seemed to have worn it the “wrong” way”.

The Duchess of Cambridge Kate Middleton recently wore a purple Gucci blouse after which internet users were quick to point out that she wore it the wrong way round. Kate wore a  £975 silk blouse for the second time in an Instagram Q&A about the Early Years, where she spoke about her parenting experiences. While some of her eagle-eyed fans noticed that the Duchess wore the same top in March 2019, others pointed out that she seemed to have worn it the “wrong” way”.

Kate sported a purple Gucci blouse with a big pussy bow. In the Instagram video, fans realized that she wore the top completely backwards, just like she did before. However, the stunning royal made it look sensational, so it really doesn't matter, but it still caused a debate on social media. Check out what fans said:

It’s the end of the day and I just realized that I’m wearing my pants backwards which is very interesting because recently a Kate Middleton wore her Gucci blouse backwards. That’s right I made the same mistake as a PRINCESS

(GSN) Kate Middleton has impeccable style, so if there's anyone who can pull off wearing a blouse backward, it's her. She's wearing a gorgeous purple blouse from Gucci. https://t.co/J2Uc0SER7L

According to Net-a-Porter, a luxury fashion retailer said that the buttons of Kate’s Gucci blouse are intended to be worn at the back of the blouse. Also pictured on shopping websites online, the blouse has the button section at the back, but the royal had the buttons done up at the front. However, everything that the Duchess wears proves hugely popular as the top is now sold out on Gucci’s website. 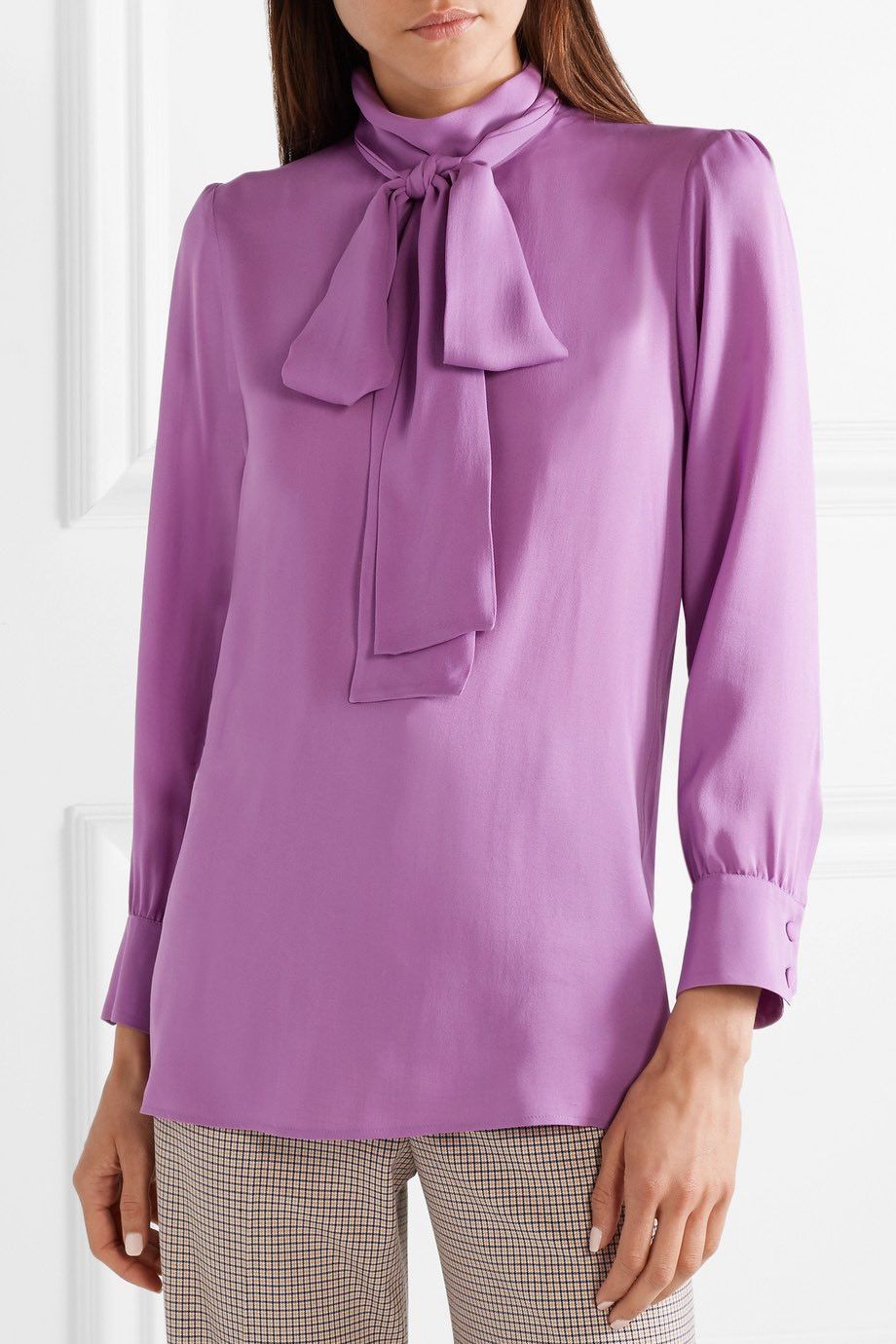 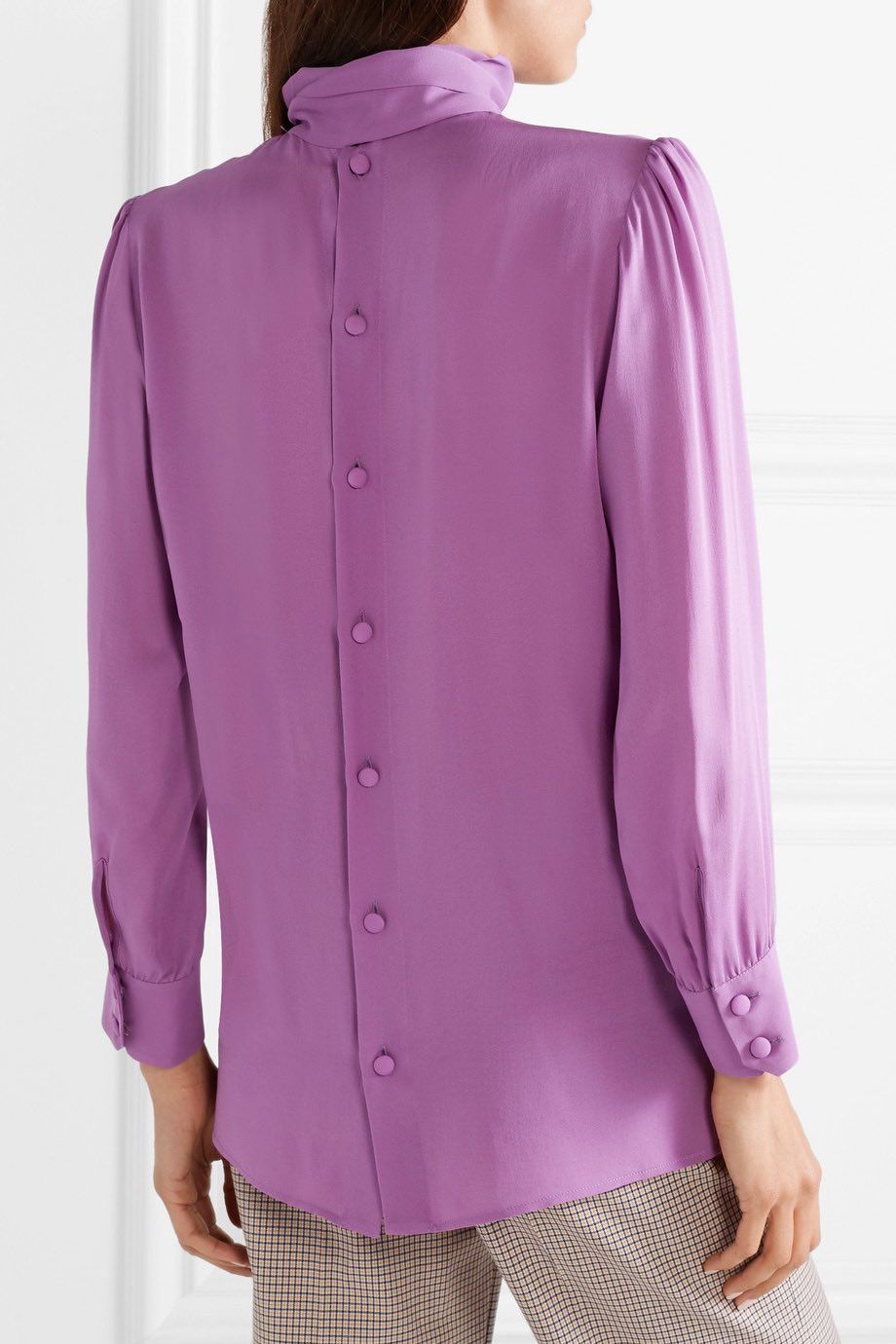 Meanwhile, according to Hello Magazine, the Duchess of Cambridge seems to love Gucci. She recently also wore the Italian brand at the V&A Museum for a gala dinner, in aid of ‘Mentally Healthy Schools’. Her pink and white Gucci gown had a stunning velvet waist belt, which gave the whole look a romantic feel. One of her most memorable Gucci numbers, however, still remains the monochrome tweed mini dress with sleek redlining that she donned in 2017, also at the Victoria & Albert Museum.