Liz Truss Cabinet: Top 10 Figures Who Can Get Key Positions In The New UK PM's Cadre

As the UK is set to get its new ministers following the victory of Liz Truss, it is expected she may face some challenges amid a flurry of resignations. 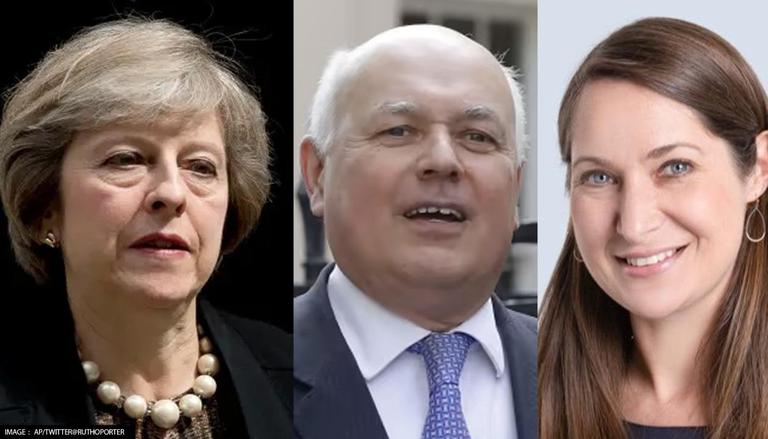 
As the United Kingdom is set to get its new ministers following the victory of Liz Truss, it is expected she may face some challenges amid a flurry of resignations. However, some of her loyalists, including some staunch followers of former Prime Minister Boris Johnson, are expected to join the new Cabinet on Tuesday. According to The Guardian, there are at least ten people including David Canzoni, a former colleague of Crosby and Fullbrook, and Ruth Porter, former special adviser to Truss, who might get placed in the Cabinet.

Mark Fullbrook is among the top contenders who can be given a key role in the Liz Truss Cabinet. Multiple media reports claim he can be assigned as chief of staff or as more of a permanent campaign director. Fullbrook-- a political consultant-- a close ally of veteran Tory strategist Sir Lynton Crosby and is known as the Conservative Party insider. He was believed to be working for Nadhim Zahawi, but ended up as co-director of Truss’s campaign.

In the list, Ruth Porter is also expected to get a key position in the Cabinet. She is a former special adviser to Truss and a managing director of a crisis management firm. Porter became Truss’s co-campaign director over the summer.

He was the head of the Truss communications campaign and has been an active part of Truss politics since May 2020. Before joining Truss, he was associated as a speech writer for HSBC. He is expected to be one of her communications directors.

Simon, who worked as a government official during Boris Johnson's tenure, is also expected to get placed in Truss Cabinet. Before joining the government office, he was a journalist and therefore could be appointed as a senior press official as a civil servant.

Canzini is one of the low-profile figures behind Downing Street's reset. It is expected he may be asked to stay on. He was brought in to help professionalise the team with the backing of many pro-Brexit MPs.

Before becoming a special adviser to Amber Rudd and going on to work briefly for Prince Andrew, he worked for the newly appointed Prime Minister. During the recent election campaign, his work was widely appreciated and could be lined up for a strategy or policy job.

She is a special adviser to the 47-year-old Secretary of State for Foreign. She has worked with the media team during her election campaign.

He has an excellent record of working with several Prime Ministers. He has been working as a strategist in No 10 for every prime minister since David Cameron. It is expected that he could be appointed as advisor of Truss.

James Bowler is a senior British civil servant currently serving as the permanent secretary at the Department for International Trade since 2021. He is tipped to get the cabinet secretary job or the top civil service role in No 10.

Her role is also appreciated widely in luring the other ministers in support of Truss during the election campaign.