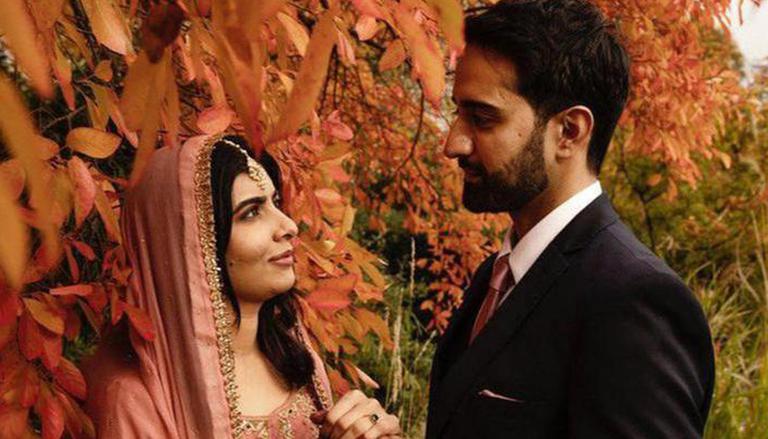 
On November 9, Nobel Laureate and women’s rights activist Malala Yousafzai got married to Asser Malik in Birmingham, UK. Soon after the news of her nuptials broke, an old interview wherein she could be heard downplaying the concept of marriage also started doing rounds of the internet. The Vogue interview from July triggered an immense backlash from netizens who not only questioned the 24-year old’s credibility and but also her decision.

"I still don’t understand why people have to get married. If you want to have a person in your life, why do you have to sign marriage papers, why can’t it just be a partnership?" she had said back then.

Now, Malala has responded to the hate comments saying that she wasn’t against marriage but “cautious about it” given her experiences from Pakistan which is largely orthodox and patriarchal. Penning an elaborate essay in Vogue on November 11, she expressed that her earlier statement was “reactionary" and said "half-consciously" given. "I wasn’t against marriage, but I was cautious about its practice. I questioned the patriarchal roots of the institution, the compromises women are expected to make after the wedding, and how laws regarding relationships are influenced by cultural norms and misogyny in many corners of the world," she writes.

Furthermore, Malala wrote that growing up in Pakistan, she had seen girls being taught that marriage was a substitute for independence and meant servitude. “For me, marriage meant losing my independence, womanhood and humility,’ he explained. Citing instances from her native place she said that marriage was deemed as proof that the girl had failed in her life. In cases where parents couldn’t afford the education of their child or girls did not meet their expectations, they got them married, she said.

In her essay, she also detailed what helped her change her mind. According to the activist, meaningful conversations with her friends, mentors, and even Asser helped her understand how the institution of marriage could exist while still not embodying a patriarchal and oppressive form. Talking about her husband, Malala said that she developed an instant connection with him and that they share similar values and ideologies.