The Duchess of Sussex Meghan Markle's estranged father, Thomas Markle claimed that he will take her and Prince Harry to court in order to meet his grandchildren 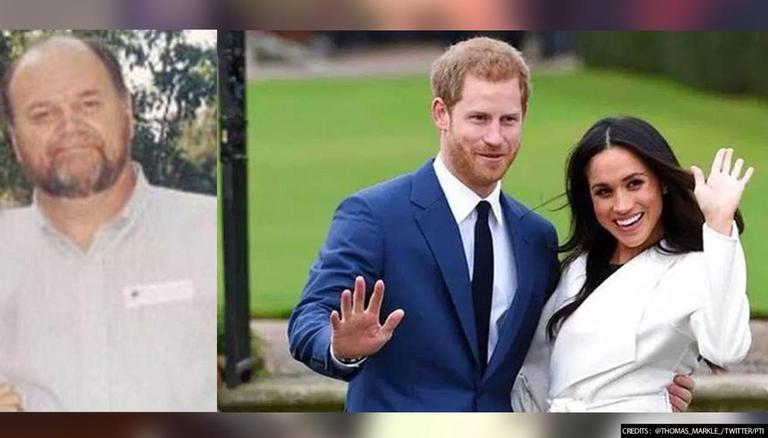 
Recently, the Duchess of Sussex Meghan Markle's estranged father, Thomas Markle claimed that he will take her and Prince Harry to court in order to meet his grandchildren, Archie Harrison, and Lilibet "Lili" Diana, ANI quoted Fox News as saying. The 77-year-old former lighting director has yet to meet the Duchess of Sussex and Duke's two children. According to the report, Thomas stated that he was "ready" to take the matter to court hoping of finally meeting his grandchildren.

According to the report, Thomas wanted to be a part of his grandchildren's lives and is all set to drag his daughter to court over the matter. He threatened, "I will be petitioning the California courts for the rights to see my grandchildren in the very near future". The former Hollywood lighting director had expressed his concern for Archie and his newborn granddaughter, Lili Diana as the Duke and Duchess of Sussex have shown "bad behaviour" while dealing with the royal family.

Speaking about his grandchildren, Thomas told Fox News, "Archie and Lili are small children. They're not politics. They're not pawns. They're not part of the game. And they're also royal and entitled to the same rights as any other royal".

Earlier, Meghan Markle had told Oprah Winfrey in an interview that "she cares for her father, but she can't understand why he has worked with the same tabloids that she mistrusts". She added, "I look at Archie, I think about this child and I go, 'I genuinely cannot imagine doing anything to intentionally cause pain to my child". Meghan explained, "I can't imagine it. So, it's hard for me to reconcile that".

READ | Meghan Markle will not travel to UK with Prince Harry for Diana's statue unveiling: Report

In the interview, the Duchess of Sussex had also addressed the tenacity of the tabloid media as she accepted Thomas had the chance to deny staged photo ops and interviews like her mother, Doria Ragland has. She had said, "Everyone has accountability. Look, they have hunted my mom down and you've never heard her say a word. She has remained in silent dignity for four years watching me go through this". She noted that she has not seen her alienated sister, Samantha Markle, who authored a book describing about her. She answered, "I think it would be very hard to tell all when you don't know me".

WE RECOMMEND
Prince Harry, Meghan Markle awarded $695 by UK-based charity for limiting family to 2 kids
Priyanka Chopra Jonas ignores Kate Middleton's arrival in Wimbledon? WATCH
Prince Harry to have Lilibet Diana baptized before his grandmother - the Queen?
UK's Prince William says he's 'sickened' by the racial abuse against England players
Meghan Markle wins her case against British tabloid over a letter she wrote to her father