Norovirus In England: What Is Norovirus And How Does It Spread? All You Need To Know

Norovirus is a highly infectious virus that causes vomiting and diarrhoea. While it passes in a couple of days, it is easily transmissible 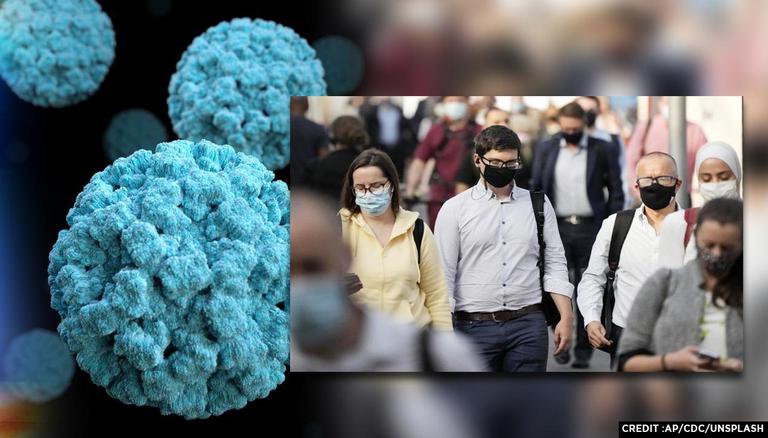 
The Public Health England (PHE) has issued a warning of an increase in the number of cases of the vomiting bug norovirus. The official PHE data revealed that the highly infectious norovirus is widespread in the summer season and has been spreading drastically over the past few weeks among preschool children in nurseries and childcare facilities.

These children are the reason for the faster spreading of this virus across all age groups. The PHE advised the citizens to take simple precautions that would stop the spread of norovirus and said in a statement that the advisory followed a “routine surveillance that showed the number of outbreaks caused by the vomiting bug has increased in recent weeks (5-week period from end May to July).”

On July 16, the health body said, "In the last 5 weeks, 154 outbreaks have been reported, compared to an average of 53 outbreaks reported over the same time period in the previous 5 years."

Symptoms are unpleasant but there are 5 simple steps we can all take to beat the bug! https://t.co/OKmh64Cw8G pic.twitter.com/AVp4pPVfcn

Norovirus is a highly infectious virus that causes vomiting and diarrhoea. While it passes in a couple of days, it is easily transmitted through contact with infected individuals or contaminated surfaces. According to the United States Centers for Disease Control and Prevention (CDC), only a few norovirus particles can make other people sick. The infected person poses danger to the surrounding individuals especially in the first few days of infection if it results in vomiting.

CDC noted, “However, studies have shown that you can still spread norovirus for two weeks or more after you feel better.”

How is it transmitted?

Norovirus mainly spreads through food and water, as per CDC, following are the ways:

Norovirus is a common virus that is not related to flu and is mainly a foodborne illness. The CDC has explained that the most common symptoms of norovirus infections include diarrhoea, vomiting, nausea, and stomach pain. Meanwhile, other symptoms also include fever, headache, and body aches. Norovirus basically causes inflammation of the stomach or intestines which is called acute gastroenteritis, as per CDC. Further, the incubation period is around 12 to 48 hours and most people recover within 1 to 3 days of the infection. Other symptoms of dehydration include a decrease in urination, dry mouth and throat, feeling dizzy when standing up.

The following are basic ways recommended by CDC to prevent norovirus infection:

CDC says that there is no specific medicine to treat people with norovirus illness but if a person has contracted the pathogen, the patient should drink plenty of liquids to replace fluid lost from vomiting and diarrhoea. It would prevent dehydration because lack of water can lead to other serious problems. CDC noted, “Severe dehydration may require hospitalization for treatment with fluids given through your vein (intravenous or IV fluids).”

CDC stated, “Antibiotic drugs will not help treat norovirus infections because they fight bacteria, not viruses."