Not Just For The Royal Baby, Prince Harry And Meghan Markle Are Being Praised For Breaking Stereotypes As They Presented Archie To The World

The Royal Baby is here! Prince Harry and Meghan Markle, the Duke and Duchess of Sussex presented their first child, born on Monday, to the world in some adorable visuals. The new parents walking to their first public appearance as a trio at Windsor Castle's St George’s Hall on Wednesday in all their glory, naming their newborn Archie Harrison Mountbatten-Windsor and presenting him to his great grandmother Queen Elizabeth II was the talk of the town. While netizens had gone into a meltdown with all the adorable pictures immediately as they surfaced, several of them pointed out the Royal Couple’s interesting stereotype-breaking moments at the event. The Duchess of Sussex proudly after their baby bump and wearing heels while the Duke of Sussex holding the baby instead of the mother were singled out for special praise by the netizens.

Today The Duke and Duchess of Sussex are delighted to share their first public moment as a family. They are so incredibly grateful for the warm wishes and support they’ve received from everyone around the world, since welcoming their son two days ago. Photo cred: Chris Allerton ©️SussexRoyal

The Duke and Duchess of Sussex are pleased to announce they have named their first born child: Archie Harrison Mountbatten-Windsor This afternoon Their Royal Highnesses introduced Her Majesty The Queen to her eighth great-grandchild at Windsor Castle. The Duke of Edinburgh and The Duchess’ mother were also present for this special occasion. Photo credit: Chris Allerton ©️SussexRoyal

Netizens reacted with words like ‘You go, Meghan’, ‘What a queen’ and thanked her for showing how a woman looks after giving birth and giving a powerful message to all women out there. Many mothers shared their own experiences of how they couldn’t imagine stepping out in this way ever. 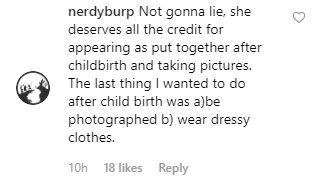 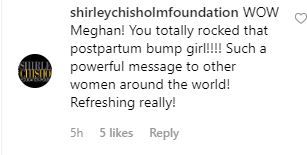 For Prince Harry too, they wrote ‘break down gender roles’ and ‘divine’ being the father and holding the baby. 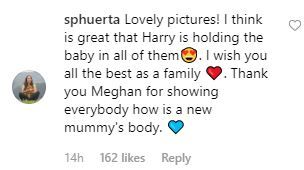 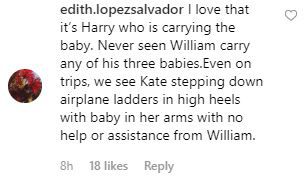 Speaking about the newborn, Duchess of Sussex, Meghan Markle said the baby had “the sweetest temperament” and has “just been a dream.”Asked which parent the baby took after, Harry said it was too soon to tell: “His looks are changing every single day, so who knows?”

The infant is seventh in line to the British throne and is the eighth great-grandchild of 93-year-old Elizabeth, Britain’s longest reigning monarch. Harry is the younger son of Prince Charles, the next in line to the throne, and the late Princess Diana.