On March 8, Oprah Winfrey hosted a bombshell interview with Prince Harry and Meghan Markle which has been the talk of the town ever since. 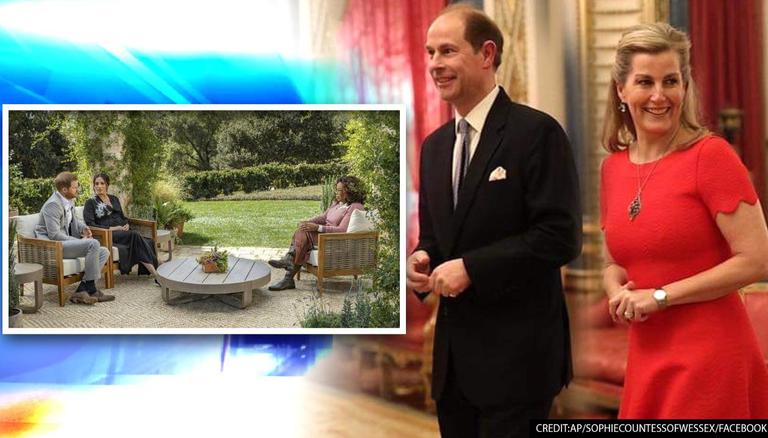 
After months, the Earl and Countess of Wessex finally broke their silence on the explosive Prince Harry and Meghan Markle interview that had sent shockwaves in the Royal circles. In an interview with the Daily Telegraph, the two Royals were asked if they had seen the interview to which Prince Edward jokingly asked, "Oprah who?" while his wife Sophie Wessex quipped - "Yes, what interview?”

Discussing the interview with Oprah Winfrey which has been the talk of the town ever since it was aired, the Countess of Wessex remarked that there was no reason to know the media mogul 'if you were not into chat shows.' “You know, if you’re not into chat shows, there’s no reason why you should know who she is. Certainly not in this country, anyway," she said.

Sophie Wessex's remark against Oprah Winfrey caught the attention of the netizens who reminded her of her 2013 visit to the Oprah Winfrey Leadership Academy for Girls reminding her that Oprah was not only known for her chat show but also for her charity work.

and that’s how you clear a countess, kids

Oh my, wasn't she in PR years ago? If so, somebody please make her stop. She is bad at this job whatever it is. Never forgetting about the CW church and how she ignored Meghan and Harry! 🙄👈

On March 8, Oprah Winfrey hosted a bombshell interview with the Duke and Duchess of Sussex, where they opened up on their decision to step back from their royal duties. During the jaw-dropping one-on-one, which garnered over 50 million views, two of the most significant allegations Meghan made concerned the palace’s alleged indifference to her mental health struggles as well as her claim that 'the Firm' expressed "concerns" over their son Archie’s skin colour while she was pregnant.

Meghan however refrained from naming the specific royal who had allegedly been racist towards Archie before he was born saying that it will be "too damaging" for that person. However, she confirmed that the person was not a member of the Royal family. After the interview aired, Buckingham Palace released a statement on behalf of the Queen assuring that Meghan's accusations on race would be taken 'very seriously.'

"The whole family is saddened to learn the full extent of how challenging the last few years have been for Harry and Meghan. The issues raised, particularly that of race, are concerning. While some recollections may vary, they are taken very seriously and will be addressed by the family privately," the statement read.