This is being considered as the highest number of migrants to reach UK shores in a single day after risking their lives in small boats in the English Channel. 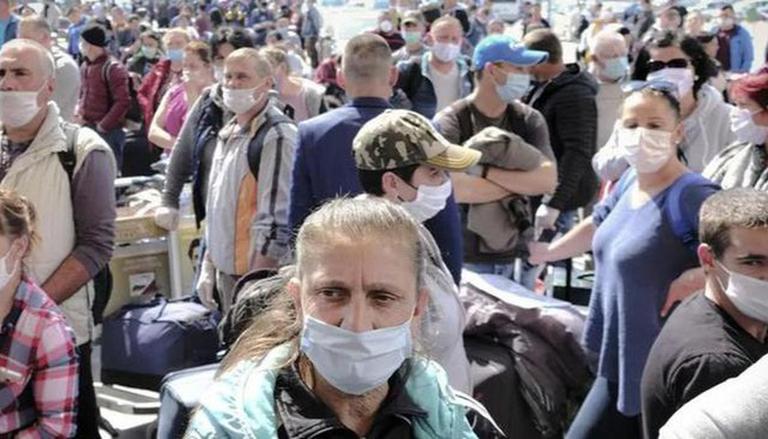 
In a significant development, as many as 1000 people crossed the English Channel by boat to reach British land on Thursday. This is being considered as the highest number of migrants to reach UK shores in a single day after risking their lives in small boats in the English Channel. Two people lost their lives, and many were feared missing at sea, reported BBC news.

Four Border Force boats from the British government intercepted the migrant boats that were spotted off the coast, and the border security escorted them into Dover. Children and women wrapped in blankets were helped ashore by the UK border guards in Dover. Multiple groups of people were seen arriving at shores on lifeboats and the Border Force's vessel, and more people were seen arriving on a beach after being picked up by the RNLI.

A Home Office spokesperson said, "The number of illegal migrants we have seen departing from France today (Thursday) is unacceptable," reported Sky News. "The British public has had enough of seeing people die in the Channel while ruthless criminal gangs profit from their misery, and our new Plan for Immigration will fix the broken system which encourages migrants to make this lethal journey," he added.

Earlier, in 2019, the UK Home Secretary Priti Patel assured that her government would take the necessary steps to control the migrant crossing by spring 2020, and in August last year, she even pledged to make the migration route unviable. The UK government also considered the idea of turning boats back to sea, but it hasn't been used yet and has been condemned by the French government. The British government has also agreed to pay France a sum of £54 million to control the increased immigration. However, the reports say that the migration rate in the last two years has surged. According to data released by the United Nations High Commissioner for Refugees (UNHCR), this year, at least 1,00,907 people have arrived in Europe via the Mediterranean by land and sea, while more than 1,300 people are estimated to be dead or missing.

As per the various reports, every year a steep downfall in the migration rate has been recorded during the arrival of the autumn season, but this year this hasn't caused any drop in migration. Nearly 95% of people who reach British land via the Channel apply for asylum, but after the COVID pandemic, the number of applications for asylum has also dropped. Apart from migration, the region has become a popular place for criminal activities, human trafficking, and organised crime, among other illegal activities.