Britain’s Prince Harry is facing backlash after he described the US First Amendment as “bonkers” during a podcast interview last week. 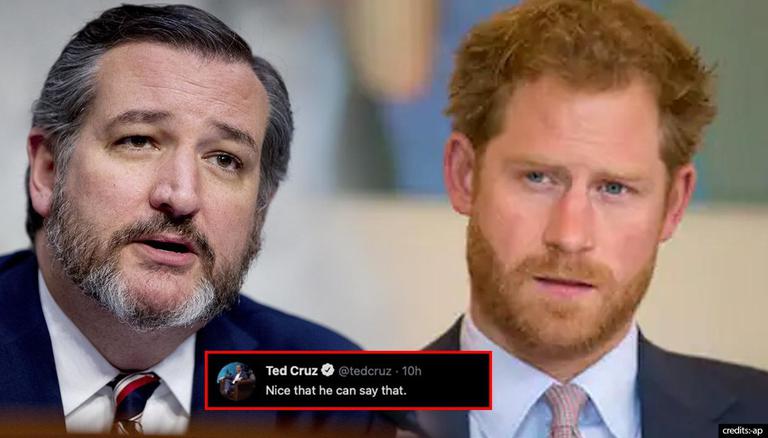 
Britain’s Prince Harry is facing backlash after he described the US First Amendment as “bonkers” during a podcast interview last week. According to UK’s Metro media outlet, the Duke of Sussex made the comment during an interview with actor Dax Shepard, who hosts the Armchair Expert podcast. Prince Harry said that the First Amendment, which protects freedom of speech in the US, was “bonkers,” however, he also admitted that he didn’t understand it as he has only been in the United States for a short time.

But the Duke of Sussex’ comments drew backlash, largely from conservative Americans and Britons. Republican Senator Ted Cruz, Nigel Farage, who is the former leader of Brexit, and Republican Dan Crenshaw accused Prince Harry of having “lost the plot” by criticising the First Amendment. The Right-wing leaders also claimed that Prince Harry “will soon not be wanted on either side”.

For Prince Harry to condemn the USA's First Amendment shows he has lost the plot. Soon he will not be wanted on either side of the pond.

Tells you everything you need to know

For my American friends. Prince Harry’s inability to understand the 1st Amendment is not a reflection on the excellent education he received at Eton but the result of his own limited intelligence.

For my British friends here is the 1st Amendment which H is unable to comprehend pic.twitter.com/NnrqAITTom

Meanwhile, during the podcast, Prince Harry made a number of revelations and opened up how he had wanted to quit the Royal Family in his 20s. He even said that he wanted to “break the cycle” of pain from his childhood. Prince Harry explained that when it comes to parenting, he has experienced some form of “pain or suffering” because of which his father or his parent had suffered.

“I’m going to make sure I break that cycle so that I don’t pass it on,” Prince Harry said.  The Duke added, “It’s a lot of genetic pain and suffering that gets passed on anyway so we as parents should be doing the most we can to try and say “you know what? That happened to me, I’m going to make sure that doesn’t happen to you”.

Prince Harry even revealed that he started therapy after a conversation with his wide, Meghan Markle, who “saw it straight away”. He said that therapy helped him made him realise he needed to use his privileged position to help others. He also said that he never dealt properly with the death of Princess Diana and therefore started having mental health issues in his 20’s.