A year after Prince Harry and Meghan Markle left their royal duties to move to Los Angeles, Madame Tussauds has now decided to move their waxwork from royals. 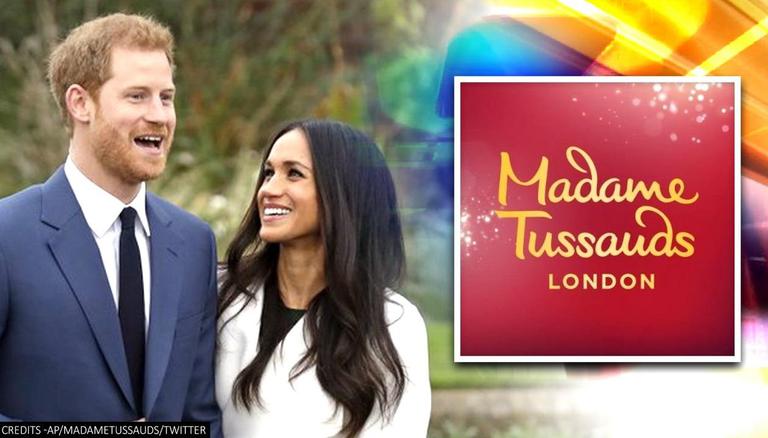 
A year after the Duke and Duchess of Sussex, Prince Harry, and Meghan Markle left their royal duties to move to Los Angeles, Madame Tussauds has now decided to move the waxwork models of the two to the attraction's Hollywood zone. Earlier, the statues were placed in the area with other members of the House of Windsor. Removing them from the royal section, the famous attraction issued a statement and revealed about placing them in Hollywood’s celebrity zone.

"Harry and Meghan have moved zones - Madame Tussauds London has moved its figures of Prince Harry and Meghan Markle to their brand new Awards Party zone to reflect their move from Frogmore to Hollywood," Madame Tussauds said in a statement, referring to the couple's former British home Frogmore Cottage.  After the couple was relieved of their royal duties to forge on independent careers, they had struck a deal with Netflix, Apple, and Spotify to deliver and produce content.

After the broadcast of the massive hit interview of Prince Harry and Meghan Markle with Oprah Winfrey, the Duke and Oprah are teaming up for a series that will delve into mental health issues and feature segments from athletes and stars like Lady Gaga and Glenn Close. “The Me You Can’t See” will be a multi-part documentary series that will debut on Apple TV+ on May 21.

Winfrey and the Duke of Sussex will “guide honest discussions about mental health and emotional well-being while opening up about their mental health journeys and struggles,” according to Monday’s announcement. “Now more than ever, there is an immediate need to replace the shame surrounding mental health with wisdom, compassion, and honesty,” Winfrey said in a statement. “Our series aims to spark that global conversation.” Apart from prominent Hollywood celebrities like Lady Gaga, Close, participants will also include from other walks of life like NBA players DeMar DeRozan and Langston Galloway, Olympic boxer Virginia “Ginny” Fuchs, and chef Rashad Armstead.