Prince Harry Reveals Why He’s Not Stepping Out Of Limelight; 'When I Do Things Quietly...'

Prince Harry, who left the Royal Palace with his beloved wife, the Duchess of Sussex Meghan Markle reveals why he is not planning to step out of the limelight. 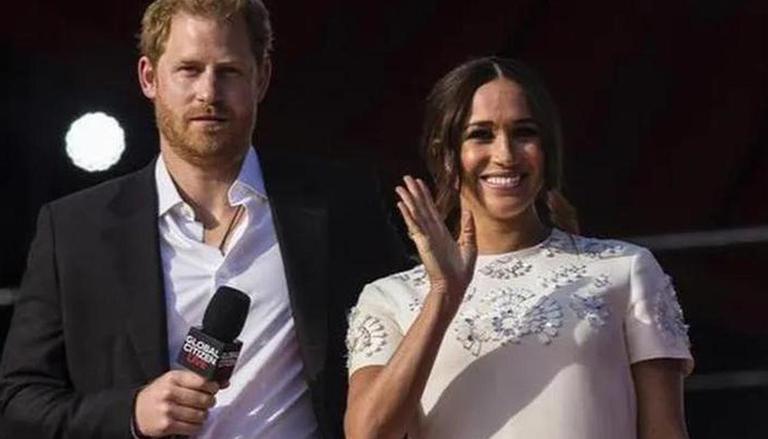 
The Duke of Sussex, Prince Harry, who left the Royal Palace with his beloved wife, the Duchess of Sussex Meghan Markle reveals why he is not planning to step out of the limelight. The couple has been often criticised over their decision to step away from royal duties, but still airing the dirty laundry of the British Royal Family. On Monday, the youngest son of British monarch King Charles III sat down for a “60-minute” interview. CBS called the interview, “Prince Harry’s first US television interview” and the Duke of Sussex talked about his upcoming memoir ‘Spare’.

In one of the clips released on Monday, '60 Minutes' host Anderson Cooper asked Prince Harry about the criticism directed at the couple over their decision to still keep a public profile. Responding to the question, Harry reiterated that he tried to deal with the issues “privately”. The Prince asserted, “Every single time I tried to do it privately there have been briefings and leakages and planting of stories against me and my wife”.

The Duke of Sussex then went on to add, “You know, the family motto is ‘Never complain, never explain.’ It’s just a motto”.

Ever since the couple decided to step down from the royal duties, both Harry and Meghan Markle have been open about the struggles they faced while they were in the Royal Family. The royal couple’s Oprah interview and their subsequent bombshell Netflix docuseries have managed to grab many eyeballs. The royal fanatics are expecting similar explosive revelations from Harry’s tell-all book which is all set to go on shelves on January 10.

‘I want a family, not an institution: Harry

The Duke of Sussex is also expected to talk about his life in much more detail in an upcoming television interview with the British network ITV. In the interview, Harry talked about whether there is any hope for possible reconciliation or not. In one of the preview clips released on Monday, the Duke of Sussex can be seen saying, “I want a family, not an institution”. He goes on to add that he would like to get his father (King Charles III) and his brother (Prince William) “back”.

“I would like to get my father back. I would like to have my brother back,” said the youngest son of Princess Diana. Referring to the UK Royal Family's stance on the fissures, the Prince said, “They’ve shown absolutely no willingness to reconcile”. The assertions made by Harry in the small clip have managed to garner many eyeballs.