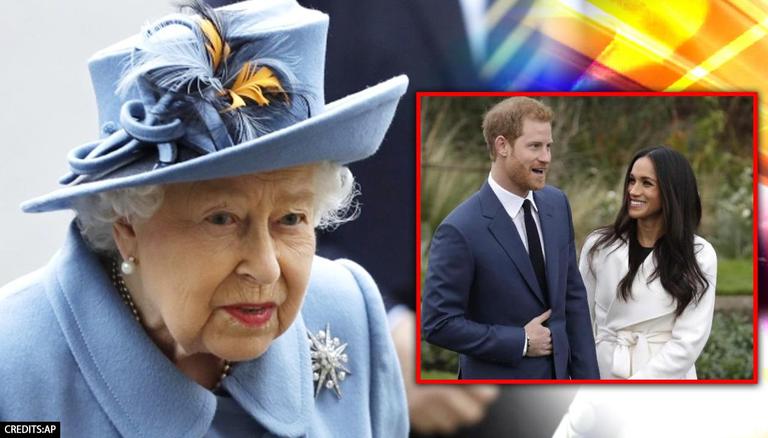 
Queen Elizabeth and the royal family are 'delighted' over the birth of Prince Harry and Meghan Markle's daughter, Buckingham Palace announced on Sunday.

On June 6, The Duke and Duchess of Sussex announced the birth of their second child, a baby daughter named Lilibet “Lili” Diana Mountbatten-Windsor. According to a statement, Lili was born on June 4 at 11:40 am (local time) in Santa Barbara, California, and weighs 3.5kg (7 lbs 11 oz). “Both mother and child are healthy and well, and settling in at home,” the statement read.

What caught everyone's attention was the name of the baby girl. Lili is named after her great-grandmother, the Queen herself, whose family nickname is Lilibet while her middle name, Diana is borrowed from Prince Harry's late mother, the Princess of Wales.

READ | Prince Harry, Meghan Markle to be invited to Queen's Platinum Jubilee, won’t be 'iced out'

“On June 4th, we were blessed with the arrival of our daughter, Lili. She is more than we could have ever imagined, and we remain grateful for the love and prayers we’ve felt from across the globe. Thank you for your continued kindness and support during this very special time for our family,” the couple said.

Lili is Prince Harry and Meghan Markle's second child after two-year-old son Archie Harrison Mountbatten-Windsor.She is the first grandchild of Queen Elizabeth to have been born outside the United Kingdom. Lili is eighth in line for the British throne, behind her brother Archie, her father Prince Harry, her grandfather Prince Charles, her uncle Prince William, and her cousins Prince George, Princess Charlotte, and Prince Louis.