The 96-year-old monarch, Queen Elizabeth II, was reportedly released from some of her duties due to health concerns, a UK English daily reported. 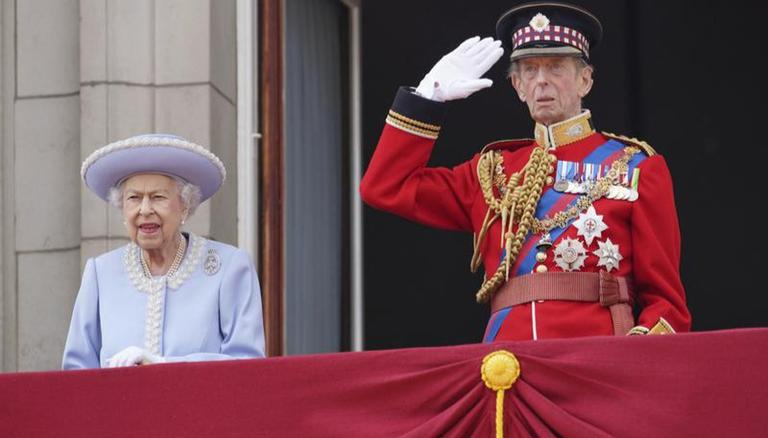 
Nearly a month after the historic platinum jubilee celebrations, the 96-year-old monarch, Queen Elizabeth II, was reportedly released from some of her duties due to health concerns. According to a report by The Sunday Telegraph, the role of the monarch has been rewritten by Buckingham Palace due to severe mobility issues. Earlier, her duties and role comprised at least 13 points as mentioned in the “formal constitutional concept.  However, after the release of the Queen's health report, Buckingham Palace reduced her responsibilities. Notably, this was the first time when her duties were curtailed in at least the last decade due to health issues.

It has edited specific events such as the State Opening of Parliament that were earlier deemed necessary by constitutional convention. With the enactment of new rules, she will receive more support from her Royal family. Notably, before making changes to Queen Elizabeth's Royal duties, the Prince of Wales and Duke of Cambridge jointly attended the State Opening of Parliament on the Queen’s behalf as the monarch exhibited reluctance to attend in person, citing mobility issues. According to UK English Daily, the Prince now undertakes overseas visits as the Queen’s representative, including the recent Commonwealth Heads of Government Meeting. However, the monarch would still lead the symbolic role of Head of Nation, and Head of State, “where appropriate or necessary”.

The Queen lost her husband last year and since then, Queen has refrained from attending high-profile events. Earlier in May, Prince Charles formally opened Britain’s Parliament for the first time in its history due to mobility issues. She even refrained from attending various other Parliament activities. In June, when the country marked Platinum Jubilee celebrations for her 70 years on the throne, she missed the first day of Royal Ascot because of mobility issues. The Queen also did not appear in the closing parade via hologram and traditional Trooping of the Colour ceremony. Instead, her eldest son, Prince Charles, attended the ceremony. The royal family also used a cane for an illustration instead of the UK Queen during the Order of the Garter service at St. George’s Chapel in Windsor Castle last month.