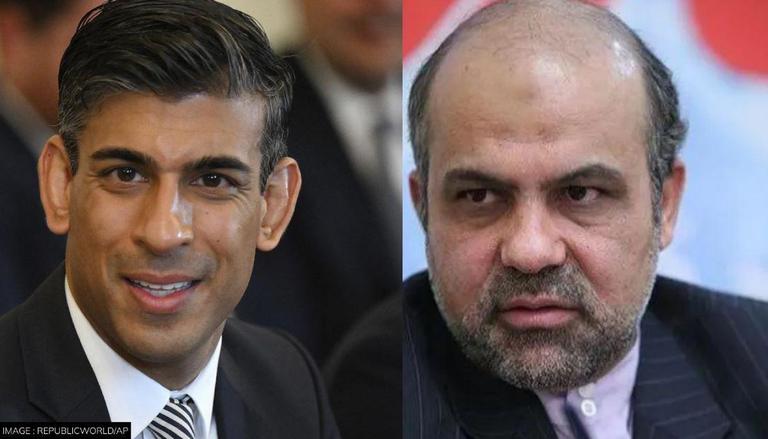 
The execution of Iranian-British national Alireza Akbari by Iran’s regime on Saturday has sparked condemnation from British Prime Minister Rishi Sunak, who said that he was “appalled” by the “cowardly act.” “I am appalled by the execution of British-Iranian citizen Alireza Akbari in Iran. This was a callous and cowardly act, carried out by a barbaric regime with no respect for the human rights of their own people,” Sunak tweeted, adding that his “thoughts are with Alireza’s friends and family.”

On Saturday, Iran said that it had carried out the execution of Akbari, who owned dual citizenship of Iran and the United Kingdom. Akbari, who formerly served in the Iranian defence ministry, was hanged to death after being accused of espionage by Iran’s regime. While Iran did not provide any evidence to back its allegations, it said that Akbari served as a spy for the UK’s MI-6 intelligence agency, the Associated Press reported, citing Iranian judiciary-affiliated agency Mizan.

“On this basis and after filing an indictment against the accused, the file was referred to court, and hearings were held in the presence of the accused’s lawyer and based on the valid documents in this person’s file, he was sentenced to death for spying for the UK," Mizan said.

I am appalled by the execution of British-Iranian citizen Alireza Akbari in Iran.

This was a callous and cowardly act, carried out by a barbaric regime with no respect for the human rights of their own people. My thoughts are with Alireza’s friends and family.

US urged Iran to not proceed with the execution

Prior to Akbari’s hanging, the United States and Britain urged Iran to cancel his execution and immediately release him. US State Department deputy spokesman Vedant Patel condemned the death sentence and said that the charges were “politically motivated" and that Akbari was tortured and intoxicated by mind-altering drugs while being held in his custody.

“The charges against Alireza Akbari and his sentencing to execution were politically motivated. His execution would be unconscionable. We are greatly disturbed by the reports that Mr. Akbari was drugged, tortured while in custody, interrogated for thousands of hours, and forced to make false confessions,” he said. “More broadly, Iran's practices of arbitrary and unjust detentions, forced confessions, and politically motivated executions are completely unacceptable and must end,” Patel added.