During his maiden speech as the King, Charles III mentioned his son Prince Harry and daughter-in-law Meghan Markle - the Duke and Duchess of Sussex. 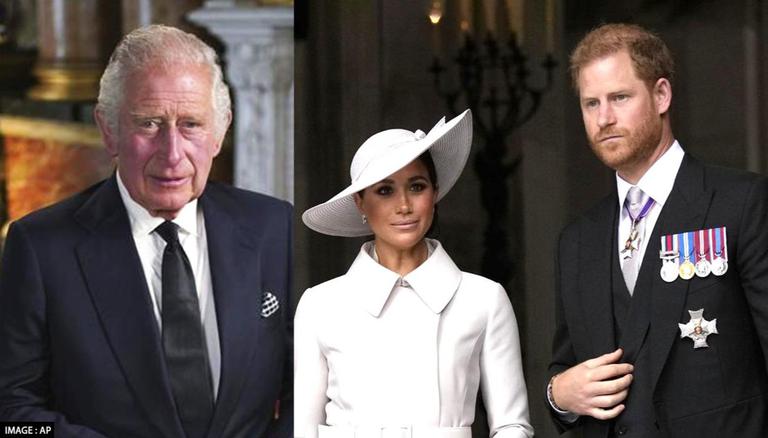 
The new head of state of the United Kingdom, King Charles III, delivered his first speech on Friday following the demise of his mother Queen Elizabeth II and his accession to the throne. In the televised speech, King Charles paid homage to his late mother and also reaffirmed his commitment to the people of the United Kingdom. He also contemplated how the Queen's demise would bring about change for the royal family in general. During his maiden speech as the King, Charles III also mentioned his son Prince Harry and daughter-in-law Meghan Markle - the Duke and Duchess of Sussex.

"I also want to express my love for Harry and Meghan as they continue to build their lives overseas," Charles expressed. Given that Harry and Meghan have openly revealed their ongoing conflict within the royal family, many were surprised to hear their names mentioned by Charles during his speech. His statement is also being considered as a gesture of reconciliation for his youngest son and daughter-in-law, whose departure from the royal family has been marred by ongoing animosity, including Markle's allegations that a member of the royal staff had questioned the skin tone of their child.

A spokesperson for the pair stated that although Harry and Meghan are no longer performing official duties as members of the royal family, they would still stay in the UK for the time being because the nation is now in a period of mourning for the Queen, who died on September 8 at the age of 96. The members of the royal family including Charles, Camilla and Prince William were present at the Balmoral Castle in Scotland where the Queen was staying. Though Prince Harry was among the other family members who were present in the Balmoral castle, his wife Meghan Markle did not visit in the immediate aftermath.

READ | Prince Harry, Meghan Markle head to Scotland to be with the Queen amid her health concerns