UK cancelled first flight that was scheduled to deport asylum seekers to Rwanda late Tuesday following an intervention from the European Court of Human Rights. 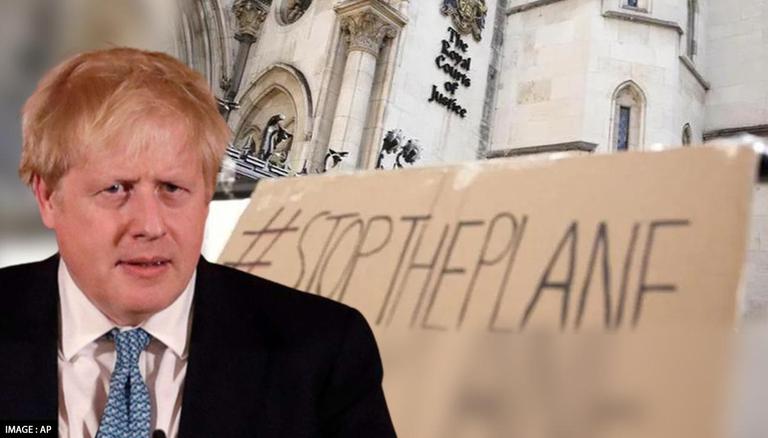 
The UK cancelled the inaugural flight that was scheduled to deport asylum seekers to Rwanda late Tuesday following an intervention from the European Court of Human Rights (ECHR), which said that Britain’s plan carried “a real risk of irreversible harm”. The decision to ground the flight capped three days of frantic court challenges from immigrant rights lawyers who sought to block the deportation of everyone on the government’s list.

The flight was scrapped despite British government officials saying earlier that the plane would take off no matter how many people were on board. Notably, after ECHR intervened, no one remained among the number of potential deportees which had been more than 30 on Friday.

The latest development is pertaining to the British government’s deal with the east African country in April which allows people who were granted asylum to be resettled in Rwanda, Africa. As per reports, the UK had averred that the programme was aimed to hamper people-smuggling networks and deterring migrants from making deadly sea journeys across the Channel to England from France. Even though the plane was set to depart, ECHR issued a flurry of rulings in the cases of the last Rwanda-bound asylum-seekers and ordered the UK government to not remove them.

READ | For many migrants, the view of Rwanda is often far from rosy

However, the UK government on Wednesday pledged to schedule more flights to deport the asylum-seekers to Rwanda. British Home Secretary Priti Patel said, “Preparation for the next flight begins now” despite legal rulings that none of the migrants earmarked for deportation could be sent to the East African country. According to UK Prime Minister Boris Johnson’s government, the deal between Britain and Rwanda is a legitimate way to save lives and clampdown on criminal gangs that send criminal gangs on life-threatening journeys across the English Channel.

Even UK Cabinet minister Therese Coffey said the government was “surprised and disappointed” by the ruling. “I think the public will be surprised at European judges overruling British judges,” she told Sky News.