A 17-year-old mother has given birth to a baby believed to be the UK’s smallest premature baby in 20 years, British media outlet Nottingham Post reported. 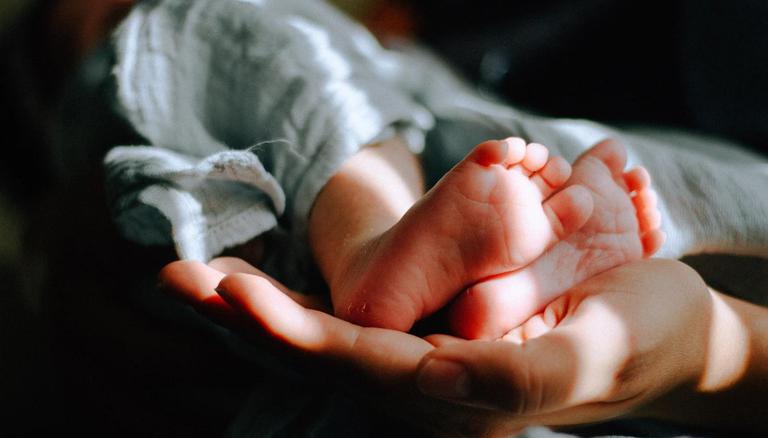 
A 17-year-old mother has given birth to a baby believed to be the UK’s smallest premature baby in 20 years, British media outlet Nottingham Post reported. Ellie Paton was previously warned by doctors that her baby might not survive due to her tiny size. However, Ellie had a C-section on the 25th week of her pregnancy and gave birth to Hannah, who weighed just 325 grams at the time of birth.

Now, Tiny Hannah is thought to be the smallest baby to survive in the UK in the past 19 years. She was given a 20% chance of survival by doctors. She was born on December 30 by emergency C-section after the doctors told the parents that Hannah was strong enough to breathe by herself.

Ellie and her partner Brandon Stibbles were warned at a 22-week scan that their baby was the size of a 16-week foetus. On top of that, making things worse, Ellie was diagnosed with Pre-eclampsia, a complication in pregnancy experienced by high blood pressure and an indication of damage to another organ system.

READ | US: World War II soldier's letter to his mother gets delivered to his wife after 75 years

Hannah to be discharged from hospital in April

The 17-year-old was then rushed to the Crosshouse hospital after she woke up with a lot of stomach and chest pain on December 29. She was taken to Queen Elizabeth University. The next day, Ellie gave birth to her daughter. Ellie has got to hold Hannah briefly once, and Brandon got to change her nappy - while she grabbed his finger in a white-knuckle fist, the media outlet reported.

READ | US: Mother locks son in car trunk after he tests positive for COVID-19

Both parents have said that Hannah is “the best thing to ever happen to them” and they can't wait to get her home to Newmilns. However, they may not be able to take the little baby home until her due date, on April 13. For now, the doctors will keep a tab on Hannah’s weight. When she tips the scales at 500g, she will be moved to Crosshouse Hospital, however, that could be two months away.

READ | Mother, daughter rescued after being hit by avalanche in J-K's Poonch