A massive fire that broke out at Gurdwara in west London's Southall area on July 15 has been brought under control, according to BBC. 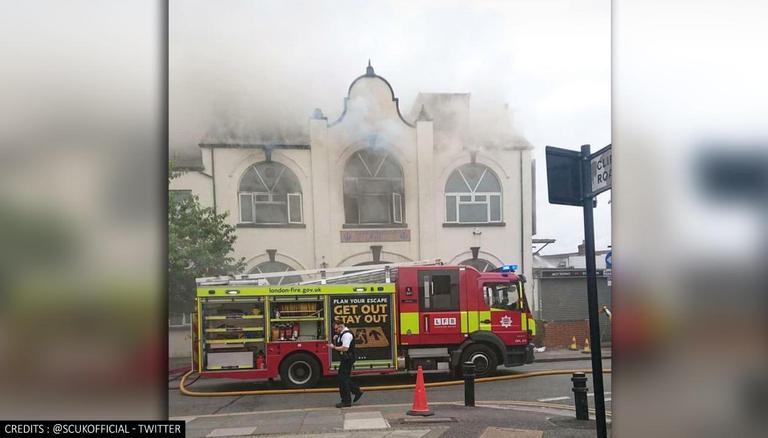 
A massive fire that broke out at a Gurdwara in west London's Southall area on July 15 has been brought under control. According to BBC, firefighters were called to the Sri Guru Amardas Sahib Ji Gurdwara on Clifton Road in Southall, at about 12:30 BST on Thursday. The London Fire Bridge informed that most of the roof, half of the first floor and some the ground floor were alight and have been badly damaged.

London Fire Brigade have confirmed that the fire is now under control and nobody was injured.https://t.co/EqbIL7PnW5 pic.twitter.com/b9MKREDSur

Cause of fire under investigation

According to the Sikh Council, nobody is missing or has been injured. The cause of the fire is still under investigation. Around 100 firefighters tackled the fire at its peak, using breathing apparatus.

BBC reported that the fire was brought under control by about 16:30 (local time) when they then tried to rescue possessions and artefacts from the building. Crews will still remain on scene damping down throughout the evening and motorists are being advised to avoid the area. Station Commander Richard Janssens reportedly said that firefighters are tackling a significant fire that has taken hold of the roof of the building.

READ | Exclusive: Watch visuals of the fan frenzy in London from England vs Italy Euro 2020 Final

He added that there is also residential accommodation at the rear of the building, however, there are no reports of any people being involved. Janssens even went on to say that the location is a very busy part of Southhall so there is a lot of traffic.

READ | Clashes, arrests in London ahead of Euro 2020 final