UK Braces For ‘knock On Effects’ Of Bomb Cyclone That Struck US; Issues Yellow Warning

The ripples of the bomb cyclone that has battered the United States are likely to be strongly felt all the way in the United Kingdom, including Scotland. 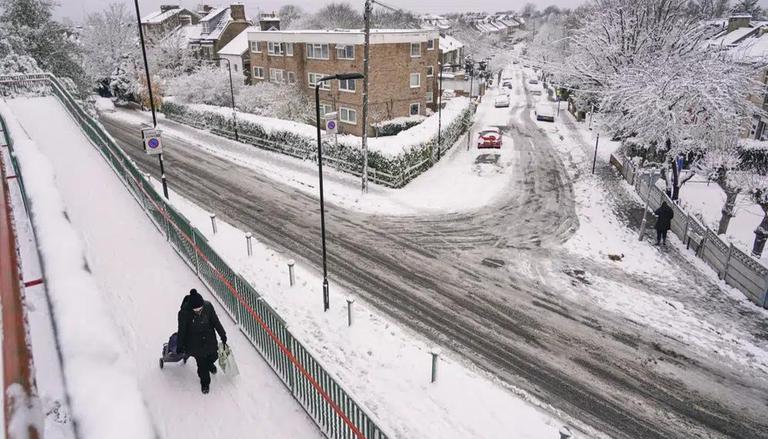 
The ripples of the Bomb Cyclone that has battered the United States are likely to be felt all the way in the United Kingdom, with the Met Office declaring a yellow weather warning for heavy rainfall in Scotland, Sky News reported. The warning will be in effect from 3 am on Friday for a period of 15 hours in the Scottish cities of Glasgow, Edinburgh, and Stirling.

As a result of the Bomb Cyclone seen in North America, the UK will experience rain, and strong winds for seven to ten days. While the latter may experience some travel disruptions and minor flooding, the impact of the cyclone will be far less than what the US is experiencing- from power outages to fatalities.

Will the UK be impacted by the cold snap in North America? ❄️

We're likely to see some wet and windy weather over the coming days, but there are currently no signs of any exceptionally cold weather heading for the UK 👇 pic.twitter.com/df9EMn54LT

Whether bagging a Munro or taking a leisurely stroll this week, remember to prepare for Scotland’s sometimes unpredictable weather conditions.

🗺 Plan ahead and always tell someone where you’re going.
🏔 If conditions are too difficult, turn back.@ScottishMR pic.twitter.com/JFwKmLAwzT

🏆 A massive thank you to the team who reopened the railway to Oban, following last week's landslip at Falls of Cruachan. 👷‍♂️👷‍♀️

Working closely with @transcotland/@BEAR_Scotland, we reopened the railway and the A85, reconnecting communities, despite the extreme weather. pic.twitter.com/KCqHU0Vfpl

Why will the Bomb Cyclone impact the UK?

The reason why the UK could feel the effects is because of the cyclone’s impact on the North Atlantic jet stream, which are narrow bands of strong winds that lie about five to seven miles above the surface of the Earth and blow from west to east directions. "What effect (theBomb Cyclone) has had is to strengthen the jet stream because the jet stream is basically driven by temperature differences," Met Office meteorologist Simon Partridge said.

"So the starker the difference in temperature between the northern edge of it and southern edge, the stronger the jet stream becomes,” he added. According to Partridge, Thursday will be a "cooler feeling day still rather windy and with showers,” all across the United Kingdom.

From Friday to Sunday, weather experts predicted snow over the Highlands and rainfall in southern England. "So the general sort of knock-on effect of the weather in the US is that in general the UK is going to be a little bit milder than it would normally be at this time of year," the meteorologist noted.