The outgoing Chief of United Kingdom Armed Forces, General Nick Carter asserted that Russia is a greater threat to the country’s national security. 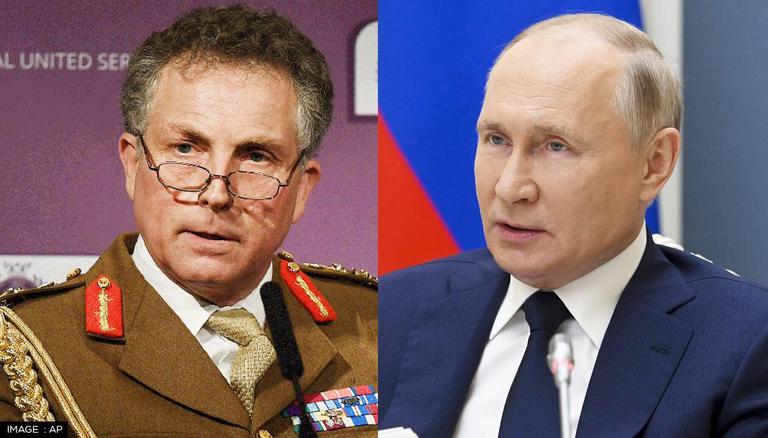 
The outgoing head of United Kingdom Defence Staff, General Nick Carter warned that Russia is a greater threat to the country’s national security. He recalled the time when he became the chief of the armed forces in 2014. During the time, Carter expressed that they had discussed what was the threat to Britain's national security, whether it was Russia or the violent extremism, reported Sputnik citing The Telegraph interview. He mentioned that it was concluded that extremism posed a greater threat to the security of the country.

General Nick Carter explained that in 2018, there was an attack on the Skripal family in Salisbury and it became evident that Russia posed a greater threat to the country. Carter asserted that threats posed by China and Russia were not “conventional” and termed the threat a “grey zone activity.” The outgoing head of the UK defence staff told the British news outlet that the “grey zone activity” is where the opponents view the international community as a “continuous struggle” and they make use of power to make the world reach a “hot war”.

As per the Sputnik report, ex-Russian intelligence officer Sergei Skripal and his daughter were given poison in Salisbury in Britain in 2018. Reportedly, UK authorities are of the viewpoint that Moscow was behind the action against Sergei Skripal and had termed it a ‘murder attempt’. Russia, however, refuted the claims of Britain and Russian Foreign Minister Sergei Lavrov mentioned that they were accusing the country without having any evidence against them.

Carter hopes Russia does not engage in war

Earlier this month, the outgoing head of British armed forces, General Nick Carter warned that the military must be 'ready for war' with Russia, reported The Irish Times. While he 'distinctly hoped' that Moscow would refrain from engaging in a physical war, however, he added that North Atlantic Treaty Organisation (NATO) must be ready. Speaking at an interview with British broadcasters, General Nick Carter asserted that Russia posed a greater threat in Eastern Europe than it was eight years ago and called for unity in the NATO alliance, as per the report.