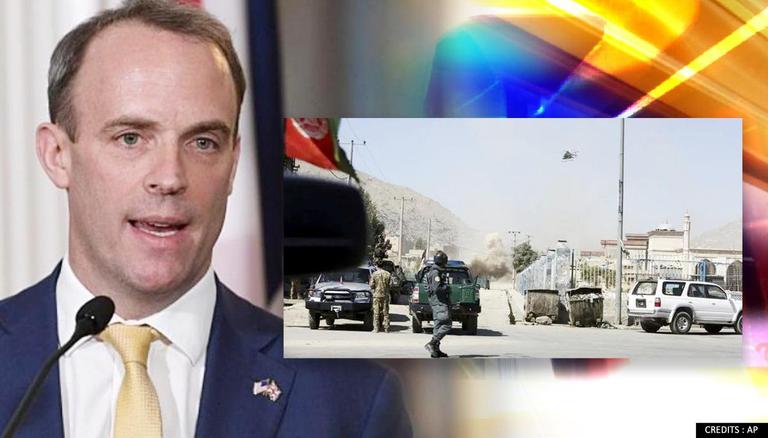 
UK’s Foreign Secretary Dominic Raab recently said that Britain is considering sheltering the Afghan journalists who cooperated with the British media. According to The Independent, 23 UK media outlets, in a joint letter to the foreign secretary and PM Boris Johnson, urged the officials to protect Afghanistan’s media representatives amid the rise of the Taliban’s violence in the central Asian country. In response to the letter, Raab called Afghan media “vibrant institutions” and further added that depending on the individual circumstances, journalists can be eligible for UK’s support.

Raab said, “Under existing schemes, we are able to consider individual cases for relocation on an exceptional basis, where there is evidence they are under imminent threat due to the nature of their engagement with the UK”.

He further went on to say that Afghan media were a real success in the past 20 years, therefore, the media should be “protected”. Raab added, “Journalists (and those supporting them) can be eligible for our support, depending on the individual circumstances that apply”.

Meanwhile, the spike in the Taliban aggression is observed in Afghan amid the international troops' withdrawal. The Taliban has intensified its campaign to defeat the US-backed government as foreign forces complete their withdrawal after 20 years of war. The insurgent group has taken dozens of districts and border crossings in recent months and put pressure on several provincial capitals, including Herat in the west and Kandahar in the south, as foreign troops withdraw.

Earlier this week, the insurgent group even captured the city of Zaranj in Afghanistan’s Nimruz province, making it the first provincial capital to fall to the militants since US forces began withdrawing from the country. The Taliban fighters have even assassinated the government's top media and information officer in the capital city of Kabul. They even launched an attack on Afghanistan's acting defence minister General Bismillah Khan Mohammadi, in which eight people were killed and 20 others suffered injuries. The defence minister however escaped unhurt in the attack claimed by the Taliban.

Taliban’s offensives first began after US President Joe Biden announced a complete retraction of American and foreign troops from the war-torn land. The fundamentalist group, which ruled Afghanistan with an iron fist in the 1990s, soon started gaining ground, seizing major cities and key border points. The offensives triggered a retaliatory reaction from the Afghan military which, supported by the US, launched targeted strikes at the insurgent’s hideouts.