UK couple created a lap for attention-seeking cat by stuffing duvet cover in a pair of trouser and adding a heating pad inside to make it feel real.

A couple has reportedly created a fake lap for the clingy cat that wanted attention all the time. Ziggy the cat was adopted by the family three years ago and created a tremendous amount of distraction for Rebecca and her husband Alex who usually work from home, confirmed reports.

The duo created a lap for the attention-seeking cat by stuffing duvet cover in a pair of trouser and adding a heating pad inside to make it feel like the real human legs. They placed the fake lap on the couch tricking the cat that a human was seated. The ten-year-old cat would gently stroll and sit on it without disturbing the couple while they are at work now, as per reports.

Rebecca shared the photo of the cat on Reddit advising the users to do the same if they were facing similar issues with their pet cats. The post received over 34,700 upvotes and the commenters were impressed with the trick. The photo gained a wide response from the Reddit users.

Our cat has become SUPER clingy now that we both work from home. We had to improvise... from aww 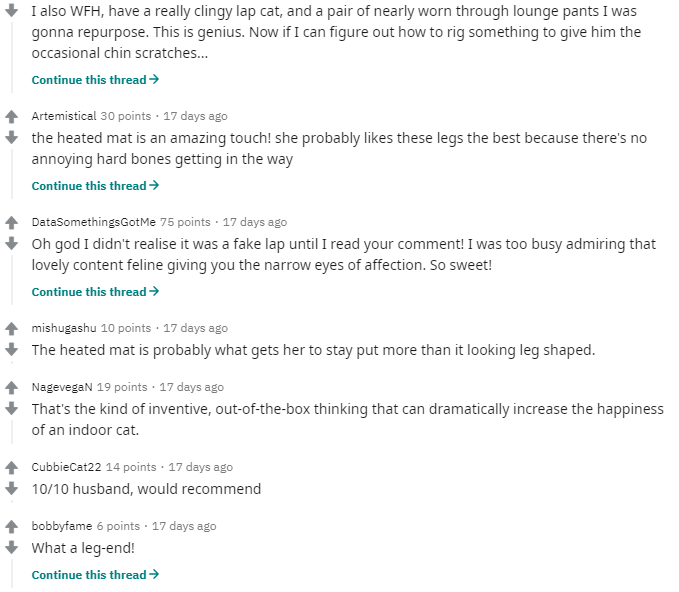 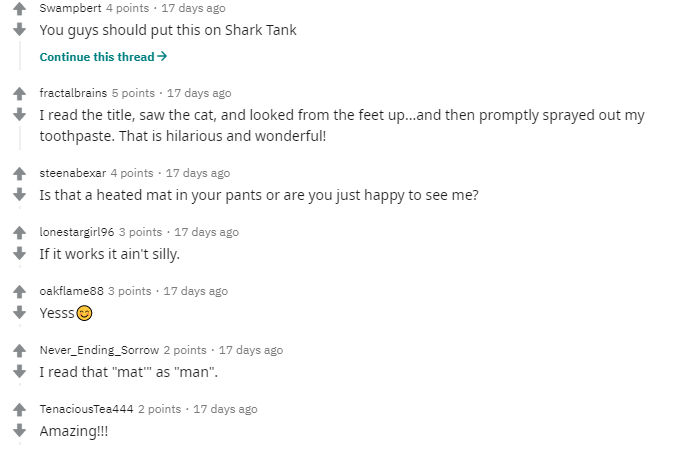 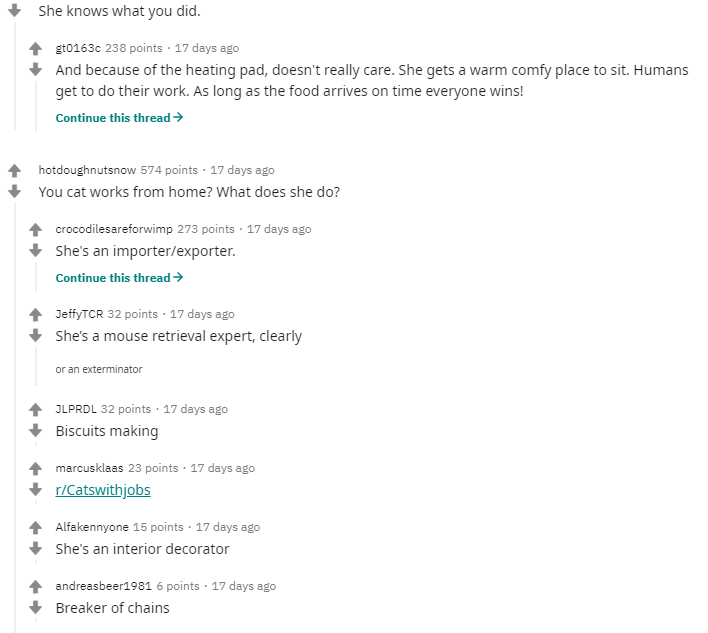 Read: Suki The Adventure Cat Globe-trots With Family, Her Travel Diary Will Give Vacation Goals

Ziggy is a demanding cat

Rebecca told the media that when Ziggy bonded with someone it was intense. So much so, that the cat would not let the person go run a household errand even for a minute. She would notice when one is around the sofa or the bed and would immediately leap on them to have a seat. At times, Rebecca added, it was extremely distracting.

She further added saying that her cat was very demanding, and would stare wide-eyed, ears flat, wriggling tail to get in the lap. She said that the matter got worse when she, a freelance marketing consultant, and her husband, who is a retouch artist, decided to work from home. Therefore, the couple designed the fake lap so the cat no longer climbed the laptops and clawed the headset cords, Rebecca said in media reports.

Read: Cat Found In Chennai May Be Deported Back To China Over Coronavirus Fear