UK-France Ties Likely To Be Strained Over Granting Fishing Permits

The UK has issued nearly 117 European Union (EU) licenses for its inshore territorial waters, allowing over 1,700 EU vessels to do fishing in UK coastal waters 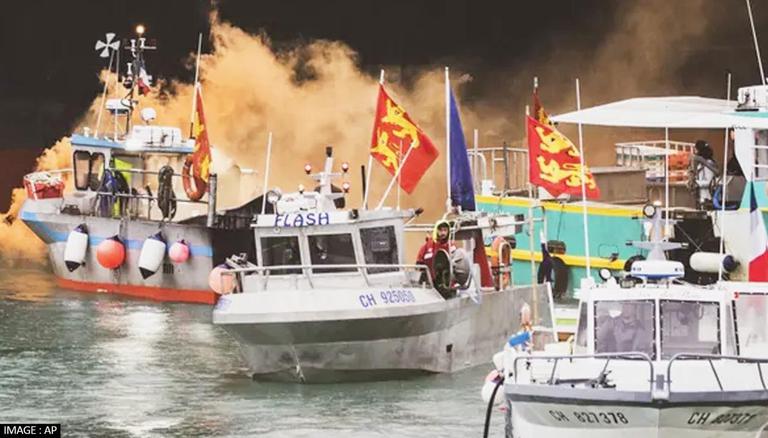 
The United Kingdom as well as France have recently rekindled their feud over post-Brexit fishing rights. The UK government has just approved only 12 licenses for the smaller vessels, under 12 metres long to do fishing in its territorial waters out of the 47 requests in the most recent batch of applications. As per BBC, French sea minister Annick Girardin claimed that the fishing of the French should not be held captive by the British for political reasons.

The United Kingdom further stated that it will review more information on the applications to support any remaining requests. Altogether, the UK has issued nearly 117 European Union (EU) licenses for its inshore territorial waters, allowing over 1,700 EU vessels to do fishing in UK coastal waters.

According to the French newspaper Le Monde, sea minister Girardin said, “It is a new refusal of the British to apply the conditions of the Brexit accord despite all the work undertaken together.”  Whereas on the other hand, according to a spokesperson for the Department for Environment, Food and Rural Affairs, The UK's response has been sensible and completely in accordance with the UK's responsibilities under the Trade and Cooperation Agreement (TCA). The spokesperson went on to say that EU licensed vessels must give documentation of a track record of fishing activities in those coastal waters, in accordance with the TCA's 6-12nm zone.

After a French fisherman held a demonstration outside the harbour of St Helier in May, two Royal Navy ships were dispatched to monitor over the region. The fishermen claimed that they were unable to operate in British seas due to issues of getting licenses. To get a permit for Jersey's waters, French boat owners must prove a history of fishing in the region, according to an agreement with the EU. However, it has been claimed that new criteria were imposed without warning.

In the meantime, Girardin threatened to shut off Jersey's electricity generation in which 95% is provided to the island by three undersea cable lines from France.

According to the Guardian, diplomatic tensions between France and the United Kingdom had risen throughout the summer as a result of the increasing number of tiny boats transporting immigrants across the Channel. The UK prime minister, Boris Johnson and the French president, Emmanuel Macron Boris Johnson, the UK prime minister, and Emmanuel Macron, the French president, had also openly clashed on the UK's decision to join the Aukus defence treaty, that cost France a multibillion-dollar submarine deal.