As UK Home secretary Priti Patel continues her US visit, she appeared to be referring to China and accusing Beijing of ‘spying’ on universities and businesses. 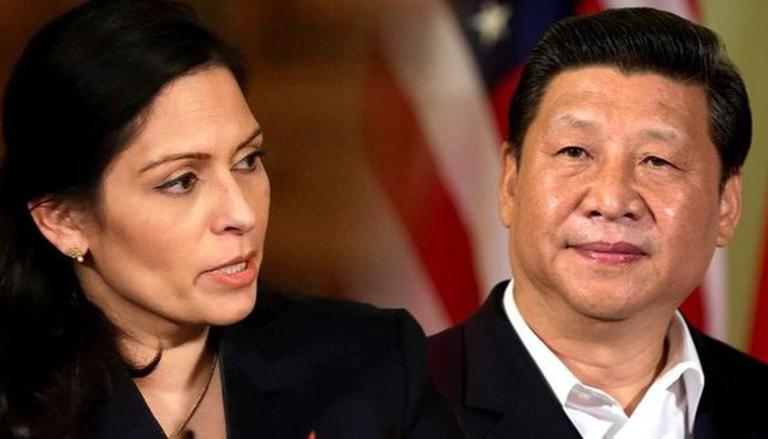 
As UK Home secretary Priti Patel continues her visit to the US, she appeared to be referring to China in her speech and accuse Beijing of ‘spying’ on universities and businesses. As per Express.Co.UK report, in a speech to the conservative think-tank, the Heritage Foundation in Washington on Friday, British Home Secretary, without naming the country, was understood to be lambasting China as she referenced a modernisation of the official secret laws.

Patel was reportedly quoted as saying, “Governments continue to spy on each other, but spying now has a much further reach, including into our universities and businesses. It is not inherently improper for countries to try to influence each other but we can never allow national security to be compromised.”

Reportedly, Patel also suggested a revitalisation of secret laws in a bid to include new spy threats such as hack-and-leak, online trolling and other attempts to steal the state secrets or destabilise the UK. The British Hom Secretary also said, “One of the most significant threats to our security continues to be malign interference...he activities of those hidden relationships where public figures are encouraged to push another country’s interests, hack-and-leak operations, covert surveillance and organised online trolling.”

“We in the UK will no longer tolerate the brazen way we have seen our national security subject to such activities...Our upcoming legislation will represent the biggest counter-state threats legislation in decades,” she reportedly added. Additionally, with regards to China, Patel brought to the audience’s attention that in 2018, the UK and 14 other nations accused Beijing of violating the 2015 bilateral agreement that catalogued the acceptable behaviour in cyberspace.

Portions of Patel’s speech in Washington also addressed the fight against antisemitism through a fresh plan tackling Hamas supporters. The British home secretary said that the organisation will be proscribed by the government under its Terrorism Act. She informed that it would mean any individual who expresses support for the Hamas militant group, or flies their flag or arranges meetings for them, will be in violation of the law. This means the person can face up to 14 years of imprisonment for backing Hamas. Patel reportedly said, “Hamas is fundamentally and rabidly antisemitic.”

It was an honour to give a keynote speech on security at @Heritage in Washington DC earlier today.

Groups like Hamas threaten our freedoms with their anti-Semitism.

As Home Secretary I will not tolerate this evil.