UK, Its Allies 'unlikely' To Send Troops To Defend Ukraine Against Fear Of Russia Invasion

UK or its allies are not planning on deploying additional troops to defend Ukraine if it is invaded by neighbouring Russia as tensions continue to soar. 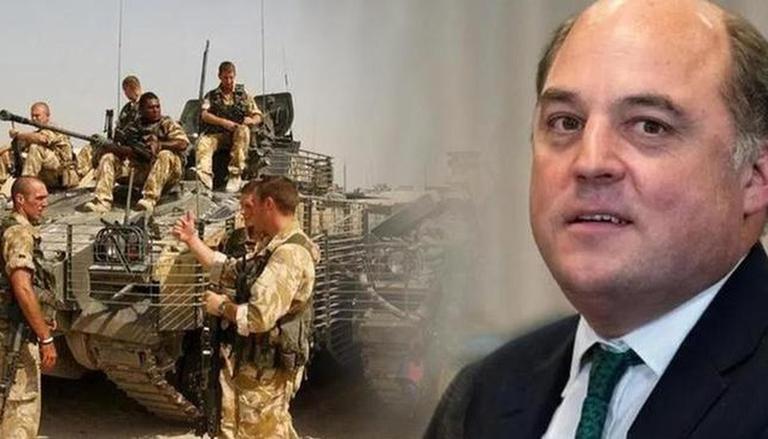 
UK or its allies are not planning on deploying additional troops to defend Ukraine if it is invaded by neighbouring Russia as tensions continue to soar, said British Defence Secretary Ben Wallace. US intelligence has reportedly claimed that Russia has stationed around 70,000 troops near the border of Ukraine and has started planning for a possible invasion as early as next year.

In an interview with Spectator, Wallace said that Ukraine “is not a member of NATO so it is highly unlikely that anyone is going to send troops into Ukraine to challenge Russia.”

“We shouldn’t kid people we would. The Ukrainians are aware of that,” he added, in comments stated by the Times ahead of the interview’s publication. When British Defence Secretary was asked if that meant Ukraine was on its own against Russia, Wallace said, “We can all help with capacity building but to some extent Ukraine is not in Nato and that is why we are doing the best diplomatically to say to Putin don’t do this.”

However, earlier, in a joint statement, Wallace and Ukrainian defence minister, Oleksii Yuriyovych Reznikov in November had said that they were “concerned” by Russia’s military buildup. The statement added, “The United Kingdom stands shoulder to shoulder with the people of Ukraine and will continue its longstanding determination to support them.”

Meanwhile, UK Prime Minister Boris Johnson expressed “deep concern” to Russian President Vladimir Putin over Moscow building up its troops presence on the border with Ukraine. As tensions continue to increase on the Russia-Ukraine border triggering concerns over Moscow’s invasion, Johnson and Putin spoke on Monday with the British PM reiterating the need to de-escalate the tensions through diplomatic means. However, Johnson also warned Putin of “significant consequences” of any “destabilising action” by Russia. Johnson also pledged the buildup of NATO forces in the EU's periphery 'if Russia invades Ukraine'.

Ukraine, which shares borders with the European Union (EU) and Russia, is a former Soviet republic and shares deep social and cultural ties with Moscow. However, Moscow continues to seek guarantees against the eastward expansion of NATO and the deployment of weapons near its borders. While Putin stiffened his stance over the situation in Ukraine, British Foreign Secretary Liz Truss on Sunday warned Russia of “serious consequences” if it invades Ukraine.

READ | Ukraine continues drive to move beyond Soviet past

WE RECOMMEND
UK: Tories lose North Shropshire after centuries; Liberals say 'party is over' for Johnson
Russia, India & China discussing possibility of a summit: Russian Ambassador to India
US sees ‘opportunity for progress’ to defuse tensions with Russia if talks held properly
Russia tests hypersonic missile as tensions rise with US and Europe over Ukraine row
UK likely to impose 2-week lockdown post-Christmas amid rising concerns of COVID