UK Man Sees His Mother After Two Years, Rushes To Hug Her In This Touching Video

In the touching video, a young man from the UK is seen meeting with his mother after years and bursting down with tears. 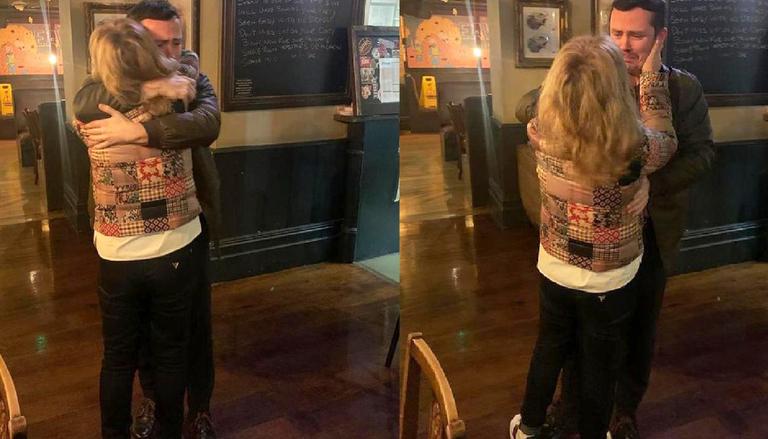 
Every once in a while, one comes across incredible stories online which touch the hearts of the people and brings their emotions out. A touching video is doing the rounds on the internet which does just that. In the video, a young man from the UK is seen meeting with his mother after years and bursts into tears.

An Instagram user named, Ciarán Joyce who is an actor shared the video and two images featuring hugging her mother with tears in his eyes. He wrote a long caption stating, "In 2019 my Mam moved to Australia. Due to the pandemic, I hadn't seen her since. We also lost my Nan (her Mam) in April. She was unable to come home to say her goodbyes due to strict Australian border control. Yesterday evening, thanks to her, a wonderful surprise happened. I got to hug my Mum for the first time in 2 years. Love you Mam. Missed you loads."

Ciarán bursts out in tears

In the video, Ciarán is sitting in a restaurant and is seen anxious as he sees someone coming towards him, when he realises that its none other than his mother he quickly stands up and moves, his mother runs towards him and they share a passionate hug as Ciarán bursts out in tears.

The video was shared 6 days ago and since then it has received a lot of attention from the netizens with more than 7 thousand likes and a huge number of comments from people who were emotional after watching the video. One Twitter user wrote, "Oh Ciaran you are a sweetheart. Big loves to you and your whanau." Another person commented, "Mate, I just balled my eyes out watching this!!! Love you brother! God that hug."

READ | Snow leopard and her cub hug as they sleep at night in the viral video; Watch 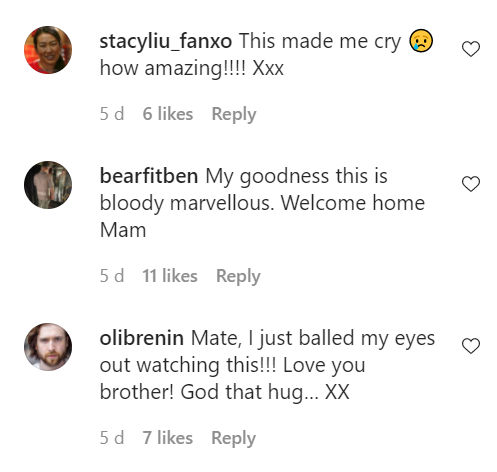 The third comment read, "Amazing surprise, had a few tears myself watching that. My younger brother lives in Canada, so I haven’t seen him for 2 years either. It’s lovely when family are reunited like this." 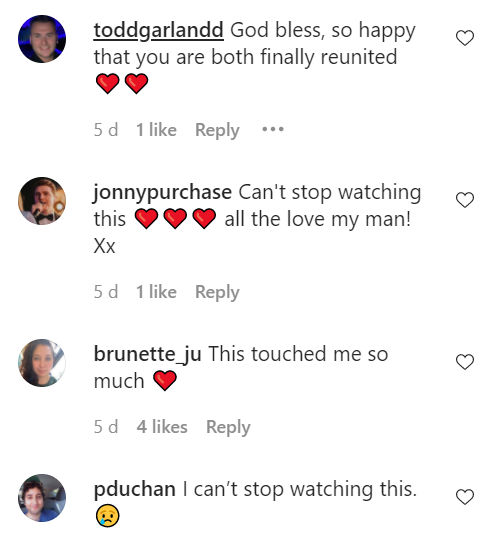 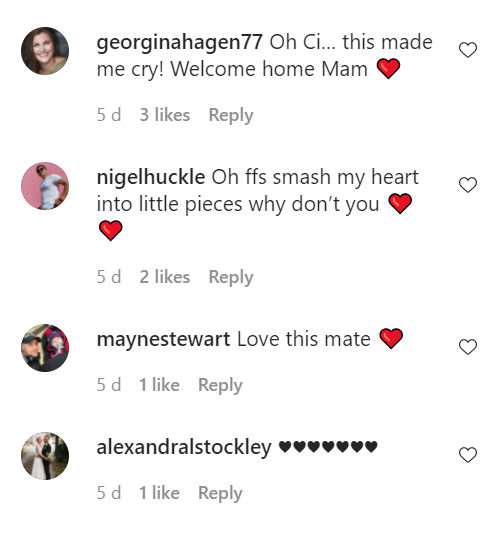 The reuniting of a father and son was portrayed in another moving video that surfaced recently. After eleven years in prison, the father appears when his son was eating in a restaurant, his father approaches and takes a seat next to him. The young boy had no idea that his father was sitting next to him. The youngster first did not recognise him, but when he does, he begins to cry.

Father & son share beautiful reunion. This boy is surprised by his father after dad finishes serving his 11-year sentence.
(🎥:itsdaprince305)❤😭